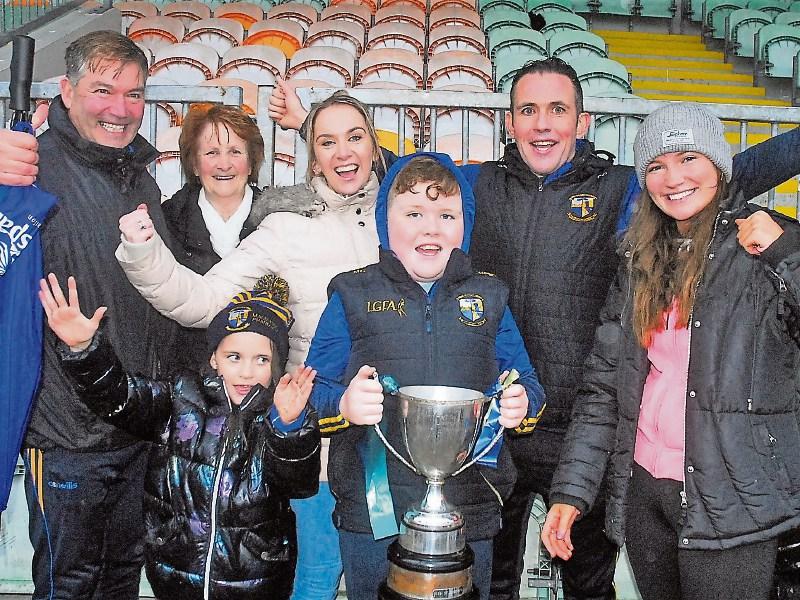 “Retention is what it is about - the first one is special, the second one is you are a great team,” Padhraic told the Observer after last Saturday’s victory, “Back to back, that’s what it is about with a Connacht Intermediate title sandwiched in the middle, it is not too bad of a year, we’ll take it. When you only have one, the question is can we do it back-to-back.”

Saturday’s victory was forged in an intensive year that saw Glencar Manorhamilton resume training back in January as they had the Connacht Intermediate Club Final to prepare for: “The second week in January is when we started because we didn’t know when the Connacht Final was going to take place.

Padhraic also thanked the Leitrim Ladies Board for facilitating Glencar Manorhamilton with football this year due to their status as a “Senior” at Connacht level: “Thanks to the County Board, it looked that we weren’t going to get playing any football but they worked out a way that we could do it so I’m just delighted for the girls.”

He also paid tribute to the effort the players put in, highlighting their victory in the absence of some key players: “I say it all the time but anything we ask of them, they do. Our fitness is huge and it is because we go to the well all the time. We don’t allow skipping of cones or anything like that, they are all driving themselves and it stands on days like this.

“We didn’t look weak in any position even with the few we were missing and that is what it is all about when you have girls who can come in.”

One player they did have most definitely was Ailbhe Clancy and Padhraic joined in the praise of the Player of the Match: “She has been immense, the numbers she has been putting in have been unbelievable, we’ve been blessed to have her. We’re blessed to have a few super players on our team and that is why we are competitive and that is why we are winning back to back titles.”

Yet Padhraic admitted he never relaxed until the final whistle: “Finals are never easy, especially in conditions like that when a sloppy goal can go in and teams can get right back in it. I thought we put the push on them from the front up, our forwards were pushing their defenders and it set the tone for the whole game.”