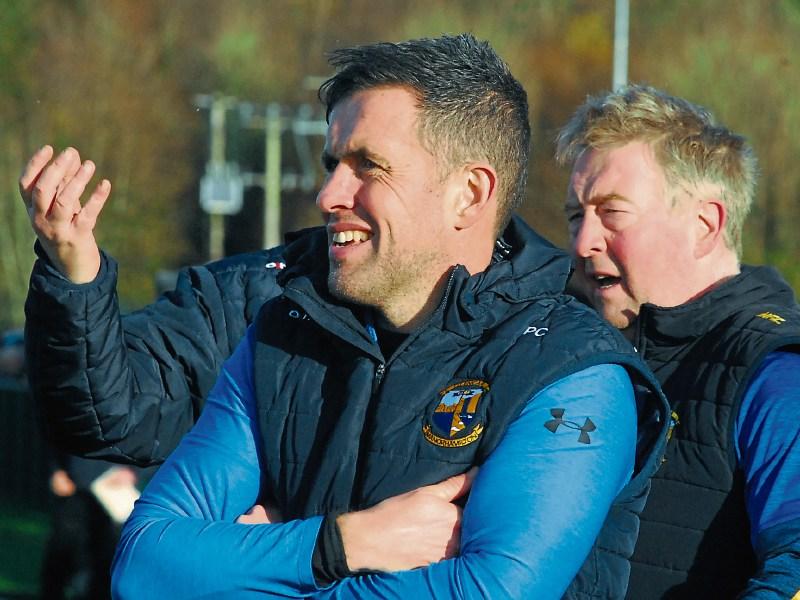 Padhraic’s first words summed up just how many Manor supporters felt after they saw their team wiped out after a superb battling first half display: “I still don’t know what they really did to go from where we were competitive with them to just blowing us out of the water in the second half.

“They came out in the second half as if we had poked the bear. I say it after the game how proud I am of the girls but after that first half, they were going toe to toe with Kilkerrin Clonberne. We could have gone in at halftime ahead if we had taken our chances and not made a few silly mistakes but I don’t think you can do this at this level, especially a team like Kilkerrin Clonberne and not get punished.

“Not going in level or a bit closer at halftime would have disappointed us but the second half, they were just different class, strong all over the field. The scoreline at the end disappoints us because I don’t think we were 25 points a worse team. 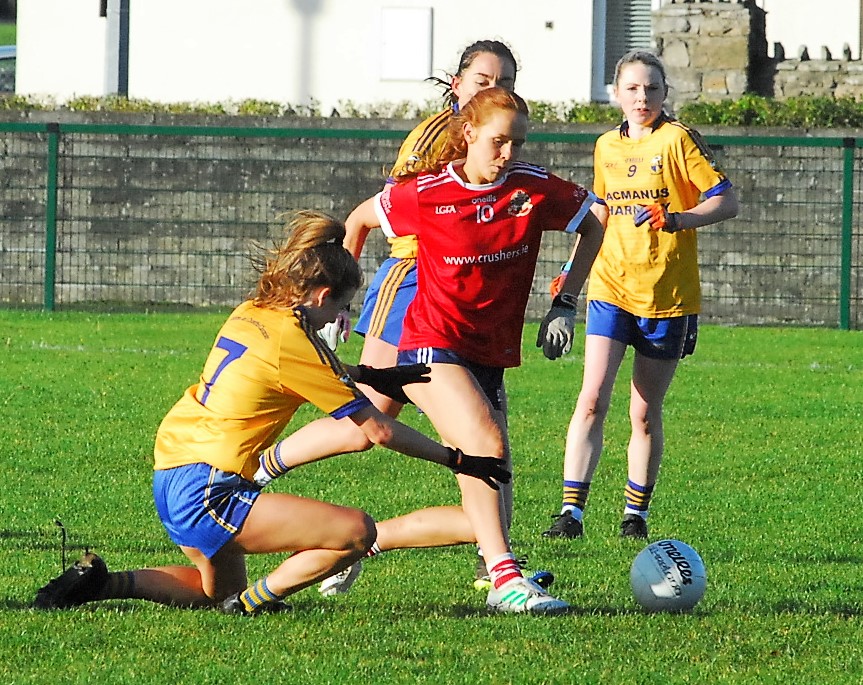 But as disappointed as he was, Padhraic is challenging his team to rise to the level of the three-in-a-row champions: “We gave them a scare in the first half but we have to learn from this and not accept just being good for a while and to perform for the first 60 minutes.

“We’ve gone up a level and that is what it is all about and the girls can either decide to stay at this level or they can decide this is where they belong and this is where they want to stay. They are well able to compete, they just have to find out how to compete over the whole hour.

“We have to regroup and see what the story is - is it strength and conditioning? We pride ourselves on fitness so I don’t think that is the issue, I just think they are farther down the road than we are. Don’t let that scoreline and that match defined what we’ve done in the last two years because the girls have been immense.”

The manager also paid tribute to his players and his management team of John & Ciaran Sheridan: “It was a great year and the girls put in a huge effort. I have two men with me that have to get mentioned, John & Ciaran Sheridan. When you get to Connacht and you see backroom teams of 10 and 12 people and I’ve got the two bucks there.”