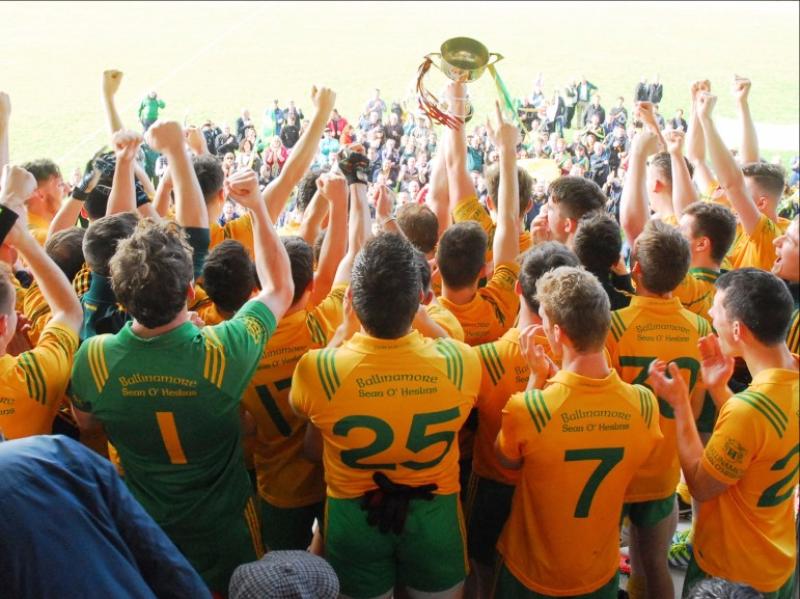 Raging hot favourites Ballinamore were put to the pin of their collars to overcome the challenge of a Drumkeerin side they had defeated by ten points in the group stages but the north Leitrim men mounted a fantastic challenge that almost derailed O’Heslin’s.

The game ended in controversy over time-keeping as it was announced that two minutes of added time were to be played but Mark McGrory’s Ballinamore winner came three minutes and forty seconds after the 30 minutes had elapsed.

Drumkeerin opened with a fabulous Darragh Flynn goal just 15 seconds after the game started and they disrupted and upset the favourites for most of the first half. But driven on by Man of the Match Dean McGovern, O’Heslin’s led 0-8 to 1-4 at the break. 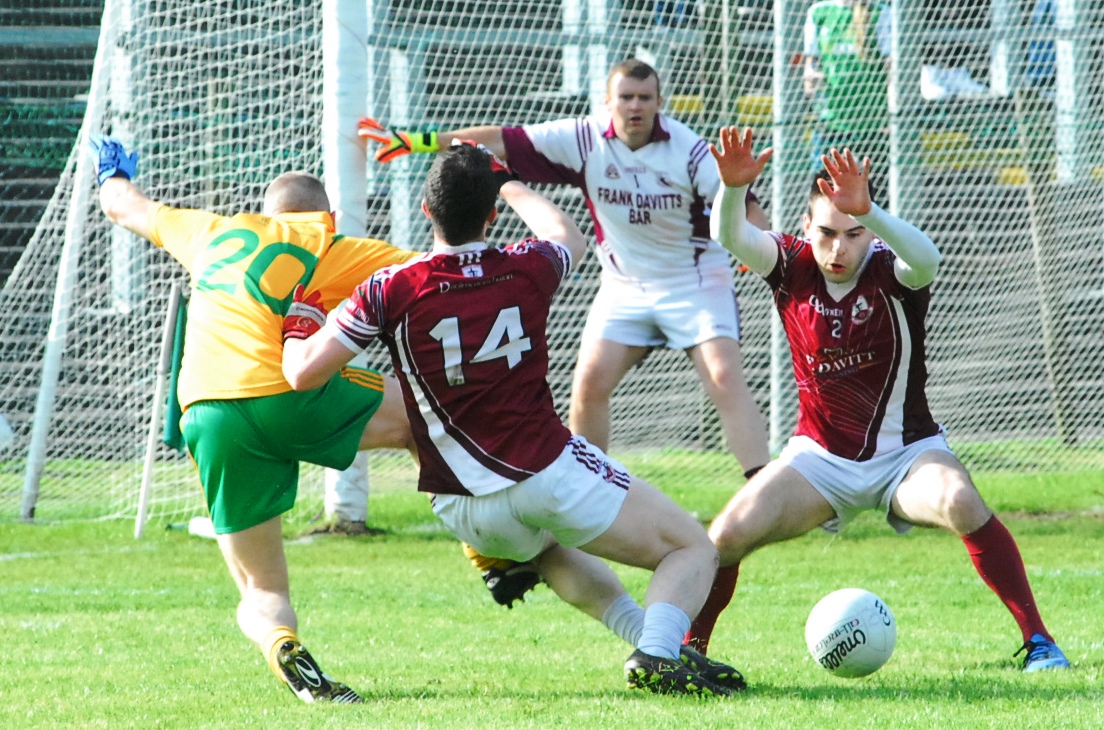 And they seemed to be taking control of the game in the second half when they stretched their lead to three points with scores from captain Wayne McKeon, Peter Reynolds and Johnny McWeeney.

But Drumkeerin weren’t about to give up and they pounced for a second goal, brilliantly set up by Seamus McNama and equally brilliantly taken by James Gallagher (Corry) to put two clear.

A shocked Ballinamore managed to fight back and take the lead once more but the game seemed headed for extra-time when Jamie Langan converted a huge fifty.

The game, however, had a controversial end when the sideline official held up the board, and it was announced by the PA, that two minutes added time would be played. Sean O’Heslin’s had three chances to go back in front but had three misses.

But play continued and nearly a minute and forty seconds after the announced two minutes had elapsed, huge Ballinamore pressure turned over the ball and Mark McGrory scored the winner to set off wild Ballinamore celebrations.

See this week’s Leitrim Observer for a full report and reaction from the Fox’s Monumentals Intermediate Championship Final.