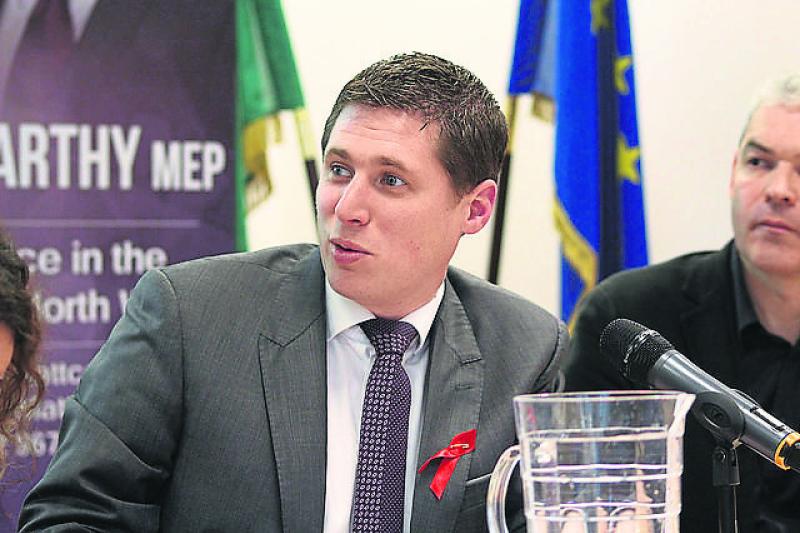 Sinn Fein MEP Matt Carthy has said that an important agriculture committee is effectively defunct following the election of Joe Healy as President of the IFA, and that it has not even met since 2015.

The Midlands North West MEP has said the Commonage Implementation Committee is not fit for purpose and is doing a disservice to farmers. He has called on Agriculture Minister Michael Creed to declare when a new chairman will be appointed.

Matt Carthy said “I was critical of the Joint Management plans under GLAS and the potential for bureaucratic criteria to deter farmers. The Commonage Implementation Committee was designed to deal with some of these concerns.

“However, the Committee has not met since 2015 and since its independent chairman Joe Healy was elected to head the IFA, the Committee has effectively been defunct. Appeals by farmers and other technical issues are not being addressed.

“Agricultural advisors and farmers are anxiously awaiting the appointment of a new chairman and ideally farmer and advisor representatives to the Committee and I have written to the Minister Agriculture MIchael Creed to get a timeframe for this.

“This committee isn't fit for purpose and is doing a disservice to farmers and to the GLAS Scheme which has failed to act as an effective replacement for Agri Environment Options (AEOS) and Rural Environment Protection (REPS) schemes.

"In addition, the Irish Farmers Journal has reported that the scheme itself is expected to be underspent by €376.5million
“The scheme was late in opening by a year and has failed to reach the target of 50,000 farmers.
"What this says is that the most peripheral farmers are losing out on potential payments. In many cases this is due to unworkable criteria. This is compounded by having no outlet for redress as the Implementation Committee is not operating.
“From the merciless land designation fiasco to the redistribution of ANC and the bureaucracy of Glas, hill farmers and commonage owners have been subjected to one attack after another.

“The Department of Agriculture has discriminated against hill farmers at every turn, despite the fact that these farmers carry out a great service to the Irish countryside.”