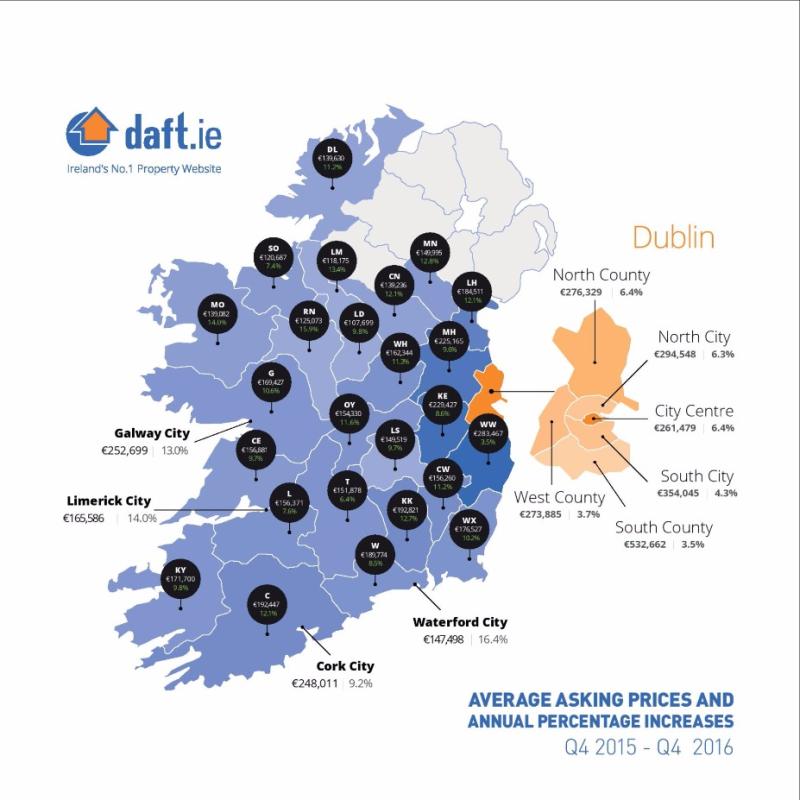 While houses around the country rose on average 8%, in Leitrim where homes are becoming scarce property rose 13% in the final quarter of 2016.

The House Price Report released today by Ireland’s largest property website, Daft.ie shows that prices in the final three months of 2016 were 13% higher than a year previously, compared to a rise of 13% seen a year ago.

More on this story in tomorrow's Leitrim Observer.