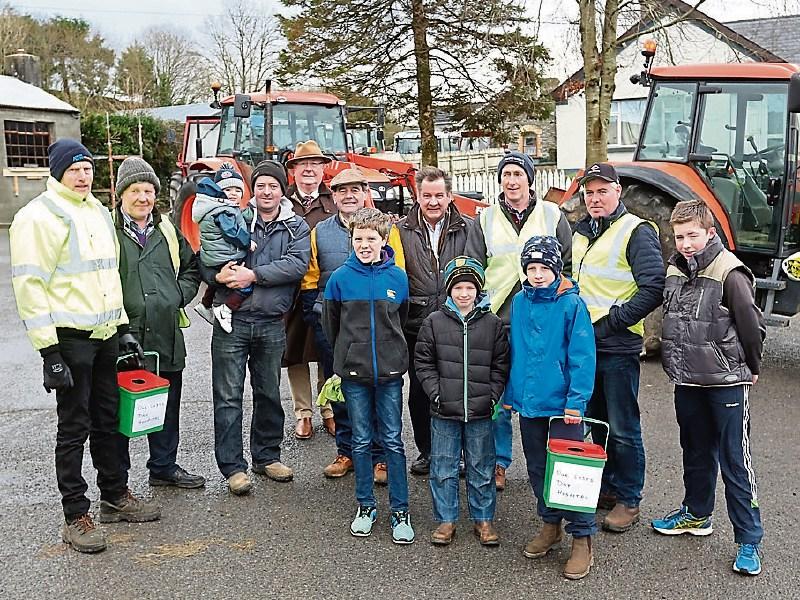 A group of volunteers arrive early to get another New Year's Day Tractor run off to a good start. Photo by Liam Malaniff.

The Manorhamilton IFA Branch staged another successful Charity Tractorcade on New Year's Day with well over 50 tractors of all types and makes taking part.

The route for the Tractorcade saw the cavalcade of vehicles, after leaving from the Mart, go through the town and through Manor's new traffic lights for its first time and then after going around the Castle and down park Road proceed on its normal course down the N16 Enniskillen road as far as Kilmakerrill.

The Tractorcade then returned to Manorhamilton Mart via Lissinagroagh and the Blackpark junction. Family, friends and supporters of the Tractorcade turned out in large numbers to support the event at the Mart prior to it.

IFA collection buckets were in operation at a checkpoint outside the Mart on the N16 for this year's events chosen charity, Our Lady's Day Hospital. The Tractorcade was staged with the aim of providing two pressure relieving chairs for Our Lady's Day Hospital, which will be of great benefit to the many local patients who attend there each day.