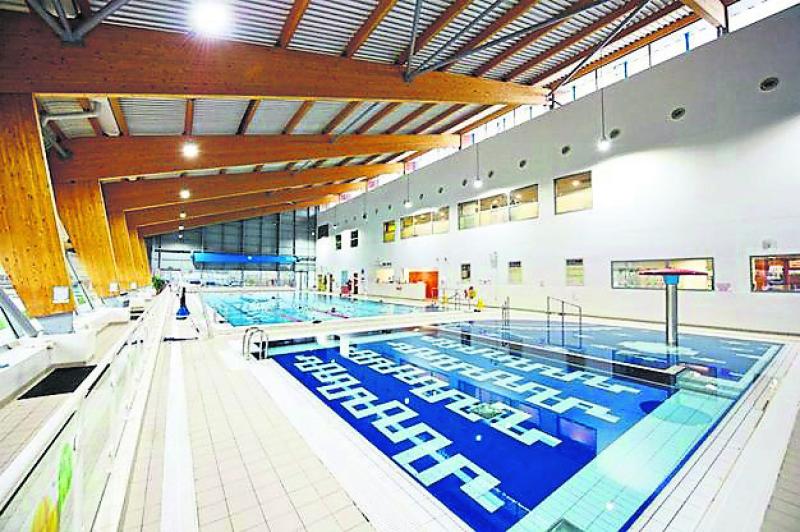 An emergency motion was debated at the Carrick-on-Shannon Municipal District last Monday into a substantial increase in rates by Aura Leitrim Leisure which may affect the future of Carrick Fins swimming club.
Cllr Des Guckian raised the issue with other councillors all expressing their concern at recent developments.
By way of explanation, Cllr Guckian handed out a sheet that stated Carrick Fins was under threat of being closed down.
He said that on March 28 last, Mr Shane Smith, Operations Manager of Aura in Carrick-on-Shannon, wrote to the Carrick Fins club.
His letter required them to hold an extraordinary general meeting on April 24 to discuss the proposed increase in the cost of the use of lanes per session.
For the past seven years, the rate for the club had been €5 per lane per session, but from May 8, 2017 it would rise to €17 per lane per session and increase further to €22.50 on September 4 and to €25 on January 1, 2018.
Cllr Guckian pointed out that Carrick Fins paid €560 per month and are now being asked to pay €675 per week, and this was beyond their means.
Mr Smith requires Carrick Fins to sign a new contract on the above increases and has placed a deadline of Tuesday, May 2. The new agreement would last from May 8th, 2017 to September 1, 2018.
“The officers and parents assure me that this will finish the club,” he said.
Cllr Guckian said that 71 children and three coaches are being affected by this move and he appealed to the Council not to let it happen and to insist on better terms.
Cllr Sinead Guckian said the committee has been placed under a lot of pressure to sign the contract.
In reply to questions about the ownership of the building and the Council's involvement in same, Joseph Gilhooly, Director of Service, said the Council provided the infrastructure but the operations are carried out by Aura under an operational licence which was acquired through the public procurement process.
He said the building was financed through an investment model under the Rural Renewal Tax Incentive Scheme and it has always been the arrangement that the Council would buy back the building in 2018.
He said the club (Carrick Fins) had an historical rate which was extremely low and there was a considerable lack of parity with other clubs using the facility.