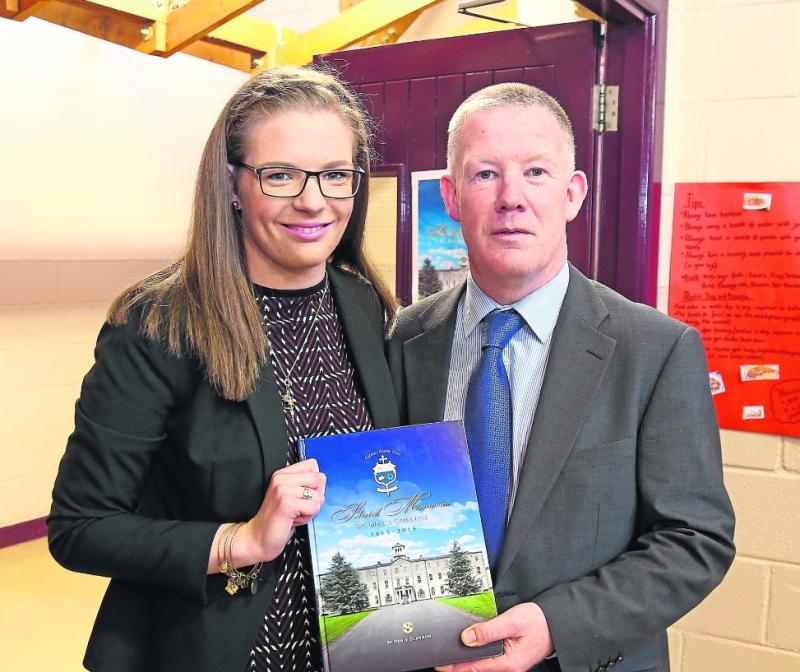 There was more than a tinge of sentimentality in the air on Friday night, April 7 as St Mel's College rolled out the latest instalment to mark its 150th anniversary.
Pupils past and present were in situ for the launch of 'Selected Memories', a 464 page edition penned by former principal Denis Glennon.
The retired local councillor was on hand to add his own unique insight into the book's inception, evolvement and eventual completion in front of attentive onlookers at last week's official launch.
He was flanked by sitting principal Declan Rowley in what was an occasion which marked the latest chapter in the College's long and distinguished history.
New book to showcase Longford's St Mel's College in all its glory
Last Friday saw the official launch of arguably the greatest insight into the history and traditions of St Mel’s College since its foundation over 150 years ago.
‘Selected Memories’, as its name would suggest, takes an informal look at the rich and venerable teachings of Ardagh and Clonmacnois’ last surviving diocesan secondary school.
Its author, former past pupil, teacher and principal, Denis Glennon, believes the finished product will command plenty of intrigue and interest over the coming weeks and months ahead.
The former county councillor admitted that while compiling the book over the past two years has been a “labour of love”, piecing together a lasting testimony to the famous college was very much worthwhile.
“It would have been (a labour of love) and it was quite intense at times with all of the checking and double checking of what were some very old photographs,” he said.
Set over an extensive 464 pages, images from every Leaving Certificate class dating back to the 1930s and 1940s are included.
So too are various snippets charting the achievements and talents of several former alumni.
“It was difficult task to put it all together but there is some very interesting historical facts that feature in it and there is also a photo of every principal all the way back to 1865,” added Denis.
Among those to take particular prominence is none other than the college’s founding father, Bishop John Kilduff.
In a curious but poignant twist, this week’s launch comes just two months shy of the decorated cleric’s 150th anniversary.
Not surprisingly, the architect behind St Mel’s College’s latest exploration into its deep and evocative past, speaks glowingly of the role he played in underpinning Longford’s broader educational lineage.
“Another interesting aspect is that the school’s main sport up until 1916 the school’s main sport was cricket and soccer, but of course after that it became renowned for its gaelic football,” he said.
If the Longford town’s former principal was doing his level best to keep a lid on his own excitement, the college’s present incumbent Declan Rowley was at pains to underline the significance of the book.
“It will provide a great historical reference point for everybody at the school, past and present,” he said.
There are 950 photographs and paper extracts included in the book.