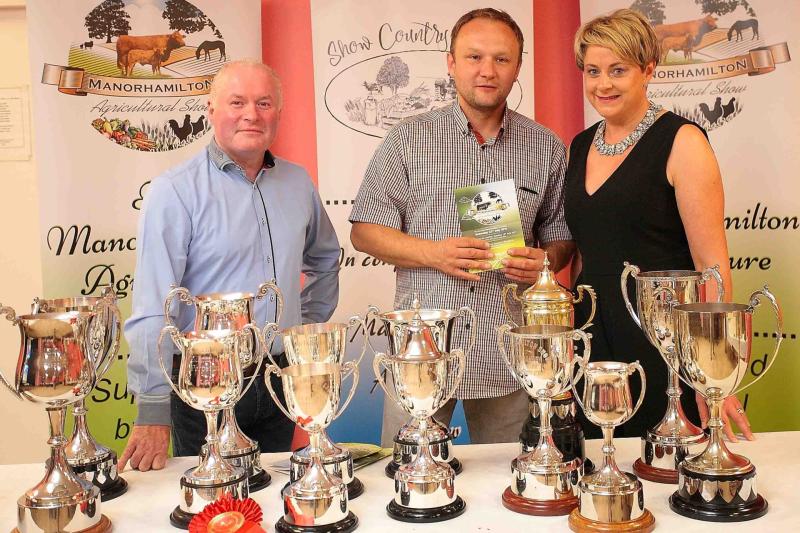 The official launch of the 2017 Manorhamilton Show took place in the Bee Park Community Centre on Friday night last.

Show Assistant Treasurer, Hugh McGurrin noted that the revived Manorhamilton Show would be taking place on Saturday, July 22 in the Bee Park for a 17th successive occasion.

Speaking at the launch, Manorhamilton Show Chairperson Linda Slevin announced that the Show's main sponsors again this year would be Connolly and McDonald Monumentals.

Ms Slevin paid tribute to all the Show stewards who, year in and year out, do a magnificent job in running what is Manorhamilton's main annual visitor event.

The North Leitrim Macra na Feirme branch will have a music on the street session on the Show Day evening in Manorhamilton, which is a new development this year for the event's promoters.

Among the popular trade stands will be the Show Country Markets one under the direction of Eimear O'Donnell. It promotes the best of Leitrim and locally produced food, etc., and proved very popular last year.

There will also be a big number of other trade stands from all over the country in attendance during this year's Show Day.

Due to unavailability of the Bee Park's soccer pitch, as well as for health and safety reasons, Manor Show will not have its ponies and horses events this year.

The phone numbers for further information on the Show are 087-4156525 (Show Office) and 086-0620229 (Show Secretary). Show entries can be emailed to manorhamiltonshow@gmail.com

To make show online entries – the website is www.manorhamiltonshow.net