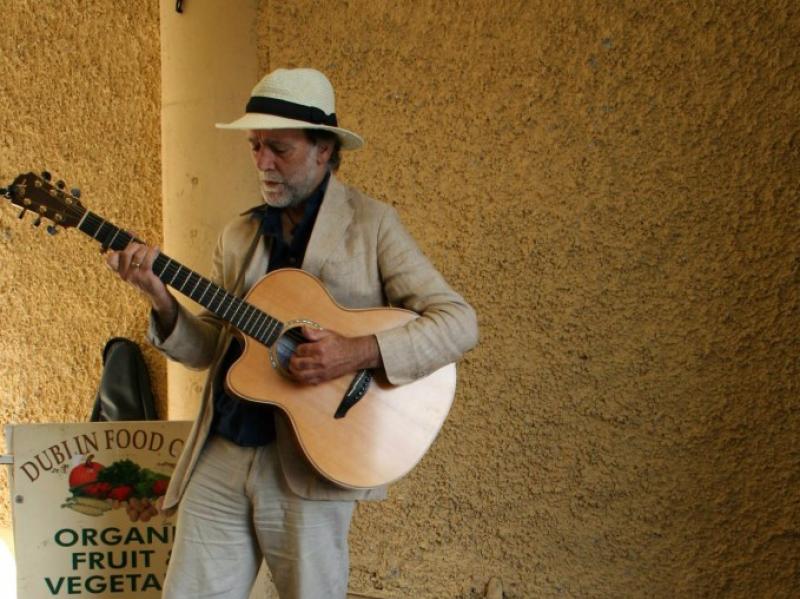 A Leitrim busker, well known around Carrick-on-Shannon and Mohill, is returning to school after 50 years.

Sean O'Neill told www.leitrimobserver.ie "On my 47th birthday I decided to jump in at the deep end to overcome a lifelong fear of singing while anyone else was around by taking my guitar onto the street in Galway and just forget I wasn’t sitting in my kitchen amusing myself.

"Six weeks later, I wrote my first song and over the next twelve months more than fifty more.  I was still running my photography business but would go out and sing whenever I had a free hour.

"Nineteen years on, with over 10,000 CDs sold, I still busk a few times each week and, while I might earn a little bit, it’s more about the joy of being free to do it than the money.

"I moved to Roosky in April 2015 and play regularly in Carrick and also in smaller places - Mohill, with it’s O'Carolan connection is one of my favourite spots - outside the Centra shop.

"I’ll be 66 on the 22nd of this month and a few weeks ago, retired from the day job as I had planned to record a new CD and tour the radio stations around the country in September.

"That’s now been moved forward to August as I have been offered a place on University of Limerick’s Irish World Music Academy of Music & Dance to study for an MA is Songwriting.

"It’s exactly 50 years since I ran out of school just about able to read and write and my life experience has been accepted in lieu of a primary degree.  It’s a one year course and I’m among the 15 or so guinea pigs who will seemingly be making up the course as we go.  Interesting times ahead."