Homeless had a younger average age than the general population 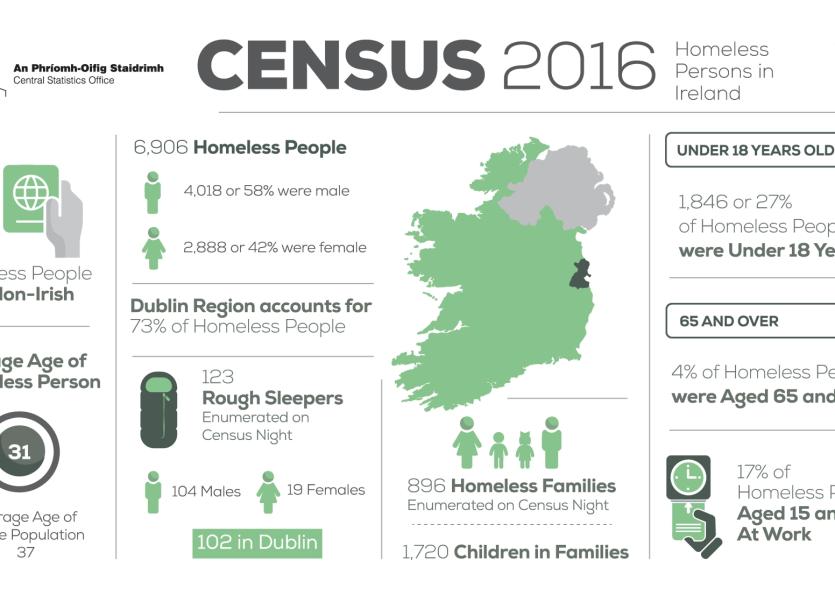 The report shows that, on the night of 24 April 2016 (Census Night), 6,906 persons were either sleeping rough or in accommodation designated for the homeless. Of these, 4,018 were male and 2,888 were female.

Profile 5 analyses the homeless population in April 2016 across a range of variables including: age, sex, marital status, economic status and nationality. It also looks at the health and disability status of the homeless compared to that of the general population.

Homeless had a younger average age than the general population

Higher proportion of separated/divorced among the homeless

Poorer health and higher rate of disability among homeless