Northern Lights could be visible from Leitrim tonight 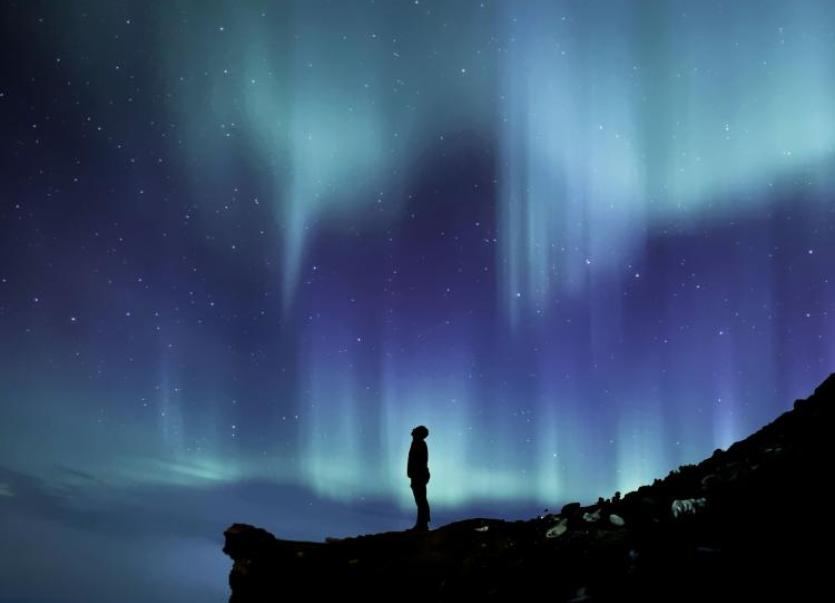 Look to the skies.

We've got good news and we've got bad news. The good news is there's a very strong chance the Northern Lights will be visible from Ireland tonight. The bad news is Met Éireann have promised cloud cover for tonight, but let's hope for a few clear moments...

Astronomy Ireland, this week, revealed that there has been a huge explosion from the sun, which has sent chunks of matter towards earth. This means that all of this weekend, there is a strong chance of spectacular displays of light over Ireland.

And, according to Astronomy Ireland's Facebook page, tonight is predicted to be one of the biggest displays in over a decade.

"Big aurora expected Friday night arrived early and was blazing over all of Ireland from midnight Thursday night," they stated.

"It should continue until we get to see it again from sunset Friday on. Be ready and let us know what you see [...] This could be the big one that we have been waiting for for over a decade! Watch on Saturday and Sunday nights also, as the sun is popping with flares every day recently!"

The last big display of the Northern Lights over Ireland was Halloween 2003, but Astronomy Ireland has said that this would outshine that spectacle by a long shot.

And, they add, you shouldn't have to travel north to see the lights tonight.

"If the aurora is as big as predictions, you don't have to go to Donegal. You should be able to see it from a dark location, preferably northwest of any urban lights. Let your eyes adjust and don't forget camera captures more light than your eyes on a longer exposure so will look even better."

The Space Weather Predication Centre backs this up too. Just take a look at the image below, with Ireland circled in red on the right. 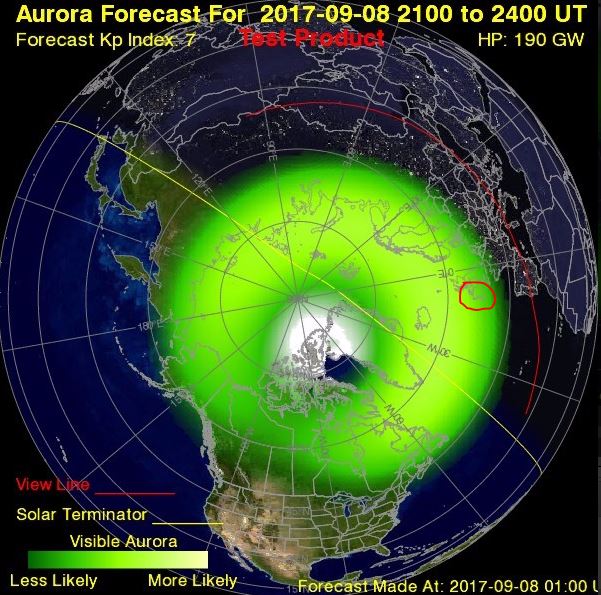 The best time tonight will be between 9pm and midnight UTC time, which translates to 10pm onwards for us, so find yourself a dark spot and look up.

Planning on taking photographs? Send them in to news@leitrimobserver.ie and we'll put the best ones up online.