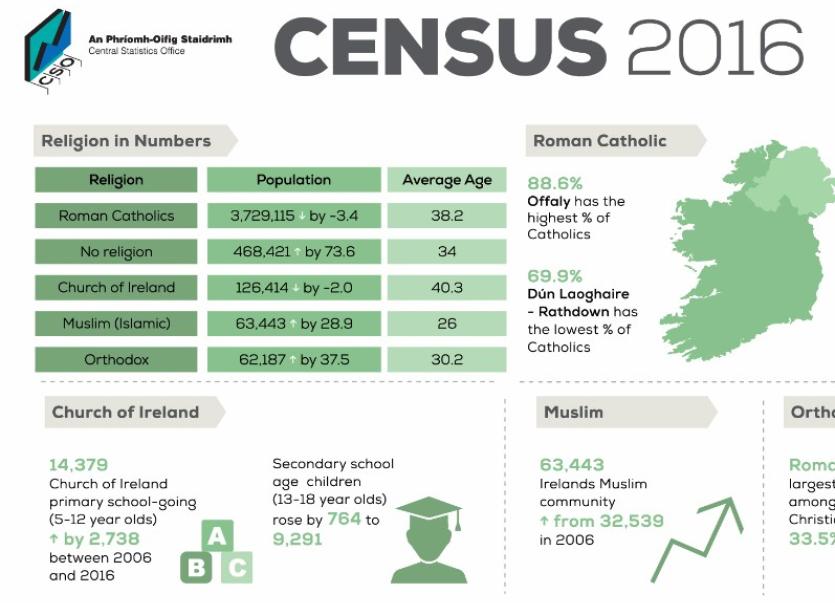 The Central Statistics Office (CSO) today published Census 2016 Profile 8 Irish Travellers, Ethnicity and Religion. The report shows that the number of Irish Travellers stood at 30,987, representing 0.7% of the general population in April 2016.

Deirdre Cullen, Senior Statistician, commented, “This report, the eighth of eleven thematic reports of
Census 2016 results, provides further insight into the demographic structure of our population, this
time looking at religion, ethnicity and Irish Travellers. These themes are examined by age, social
class, and household composition. As always all of this information is available on www.cso.ie, where
users can also access detailed data for their own area.”

Those with “Black or Black Irish (African/any other Black background)” comprised 95 persons (0.3%)
while 304 persons (1.0%) indicated an “Asian or Asian Irish (Chinese/any other Asian background)”.