Martin Kenny TD selected to contest the next general election 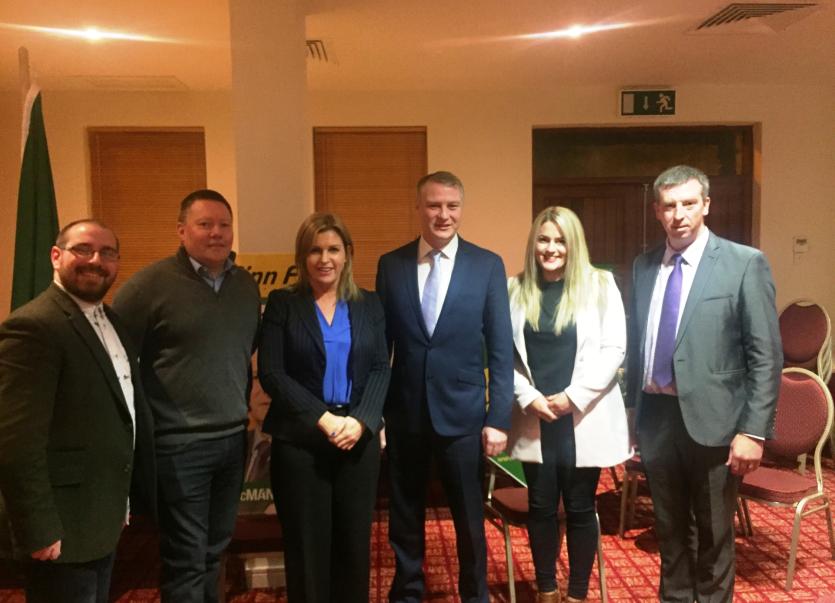 Sinn Fein TD Martin Kenny has been selected to contest the next General Election for the constituency of Sligo, Leitrim, North Roscommon and South Donegal.

The selection convention took place in The Bush Hotel on Friday night last with a packed room of Sinn Fein members from all over the constituency.

Deputy Kenny acknowledged the dividing of Co Roscommon and the north part of the county being added to this constituency and he pledged to work for the people of that area.

"That the issues affecting both North Roscommon and Leitrim are very similar with rural decline and falling farm incomes being a major concern.  Most of the young people in this region move away and become very well educated however there are very few jobs for graduates and this needs to change.

"Towns like Carrick-on-Shannon and Boyle are perfectly situated to become hubs for medium sized enterprises to be developed and grow, as such locations have many advantages over large urban areas where rents are very high.

"In recent years, access to services have become increasingly difficult with waiting lists in our hospitals growing and home help hours reducing for our elderly.   There has being no investment in job creation in this constituency by this government.

"We need investment in basic infrastructure like our road network and broadband network," he said.

This is a four seater constituency with Martin Kenny currently being the only TD in Leitrim and he vowed to retain the seat for Sinn Fein and the people of Leitrim and North Roscommon.

Deputy Kenny is well known in the area as he contested previous elections when the constituency was Roscommon South Leitrim.