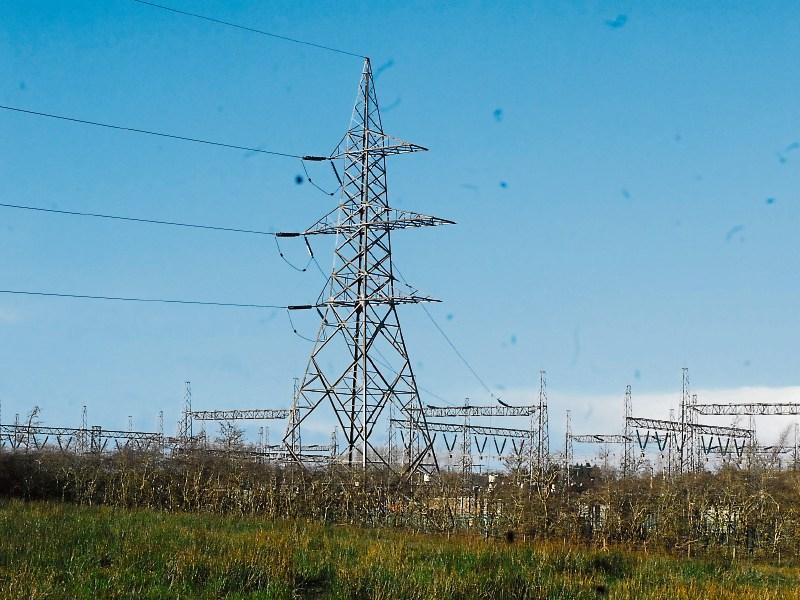 Residents in Flagford, Carrick-on-Shannon have voiced their concerns and fears in relation to a proposed development for a battery energy storage facility comprising of rechargeable battery units contained within 31, 40ft containers on a three hectare site.

Locals have pointed to the serious fire risk associated with lithium-ion batteries and have referenced a similar plant on a smaller scale in Brussels where a battery unit caught fire last year causing the release of toxic gases.

Residents believe the proposed battery energy storage facility does not comply with Roscommon County Council's Development Plan 2014-2020 which deals with the subject of Major Accident Hazards. The plan states, “Such facilities will not normally be acceptable in environmentally sensitive areas or in the vicinity of residential or commercial areas which have a concentration of public circulation and use.”

Fears have also been expressed in relation to the visual impact if such a development was granted planning permission with one local resident telling the Leitrim Observer, “It will stagnate the development of the community. There are fabulous views here already decimated by pylons.”

As well as the safety and visual impact fears, locals have also expressed concerns in relation to the noise that will be created by the fans required to keep the lithium-ion batteries from over-heating.

As part of the proposed development is on a flood plain, there are concerns in relation to the possibility of flooding while there are also worries about the potential impact on wildlife. 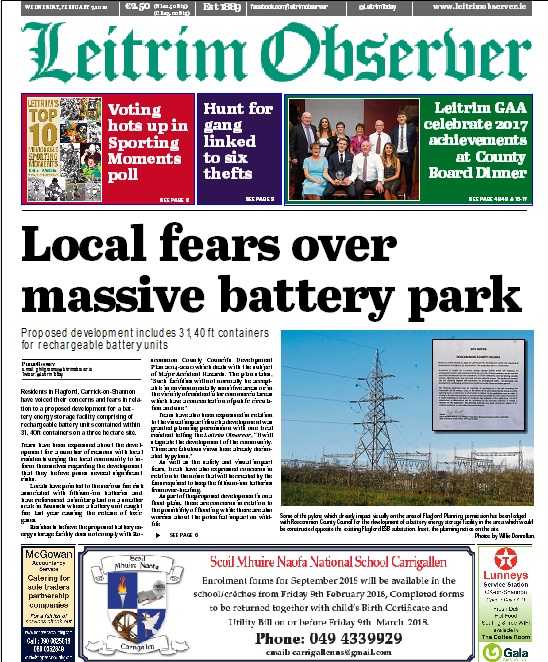 For more on this story see this week's Leitrim Observer.