Battery storage facility contained within up to 31, 40ft containers 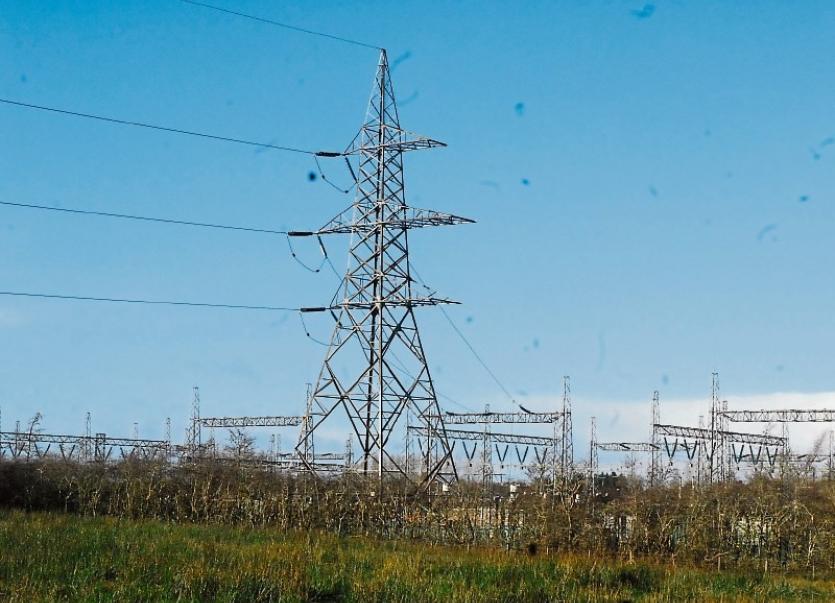 Residents in the greater Carrick-on-Shannon area have expressed their fears about the potential impact of a rechargeable battery storage facility contained within up to 31, 40ft containers at Flagford, Kilmore. Planning permission has recently been sought on the three hectare site.

Locals believe there is nothing of a similar scale in either Ireland or the UK and have pointed to a serious fire at a similar plant outside Brussels last November as one of the reasons why permission should not be granted for the proposed development.
The fire in Brussels resulted in people being advised to stay indoors as a result of the toxic smell that was being emitted and locals have warned prevailing winds mean such an incident at the proposed development could have serious repercussions for Carrick-on-Shannon.

It was pointed out that the plant in Brussels, which was launched last July, has a capacity to store 20 megawatt-hours of renewable energy. It is understood the development at Flagford would have a capacity five times greater.

Permission for the storage facility, which will connect to the existing Flagford ESB substation via underground cables and supplement the national grid with renewable energy, is being vigorously opposed by locals who have expressed fears in terms of safety; noise; visual impact; flooding and wildlife.

Concerned locals were caught off guard when the advertisement seeking planning permission was placed in the Daily Star newspaper and the same notice was placed at the proposed site. Having carried out their own research into battery energy storage facilities, the local residents feel there are no advantages to the local community from such a development but instead feel it would present a number of hazards and that it would irrevocably damage the rural area.

One local resident told the Leitrim Observer, “It will be the only industrial estate in the world with no jobs and construction will be specialised so there will be no job for the local handyman.”

Outlining the concerns further he commented, “It won’t bring people to the area or jobs. There is no economic benefit to the area, it’s the opposite.”

In an area where there are already numerous pylons, locals have stressed their objections are not based out of a ‘not in my backyard’ mentality but rather genuine concerns.

As well as the risk of fire presented by the lithium-ion battery storage facilities, concerns have also been raised about the fact that part of the proposed development is on a flood plain and the Killukin River, which is a major trout run, runs alongside it.
It is also feared the heat and noise generated by the fans required to regulate the heat from the 31 shipping container sized battery storage units will severely impact on both locals and wildlife.

One concerned resident told the Leitrim Observer, “To propose an electrical plant on a flood plain is ludicrous in our view.”
Outlining concerns further the local resident said, “There has been no dialogue with the local community. People around here feel they already have enough and are polluted with pylons. There is a disproportionate amount with no return and property is being devalued. It will stagnate the development of the community. There are fabulous views that are already being decimated by pylons.” 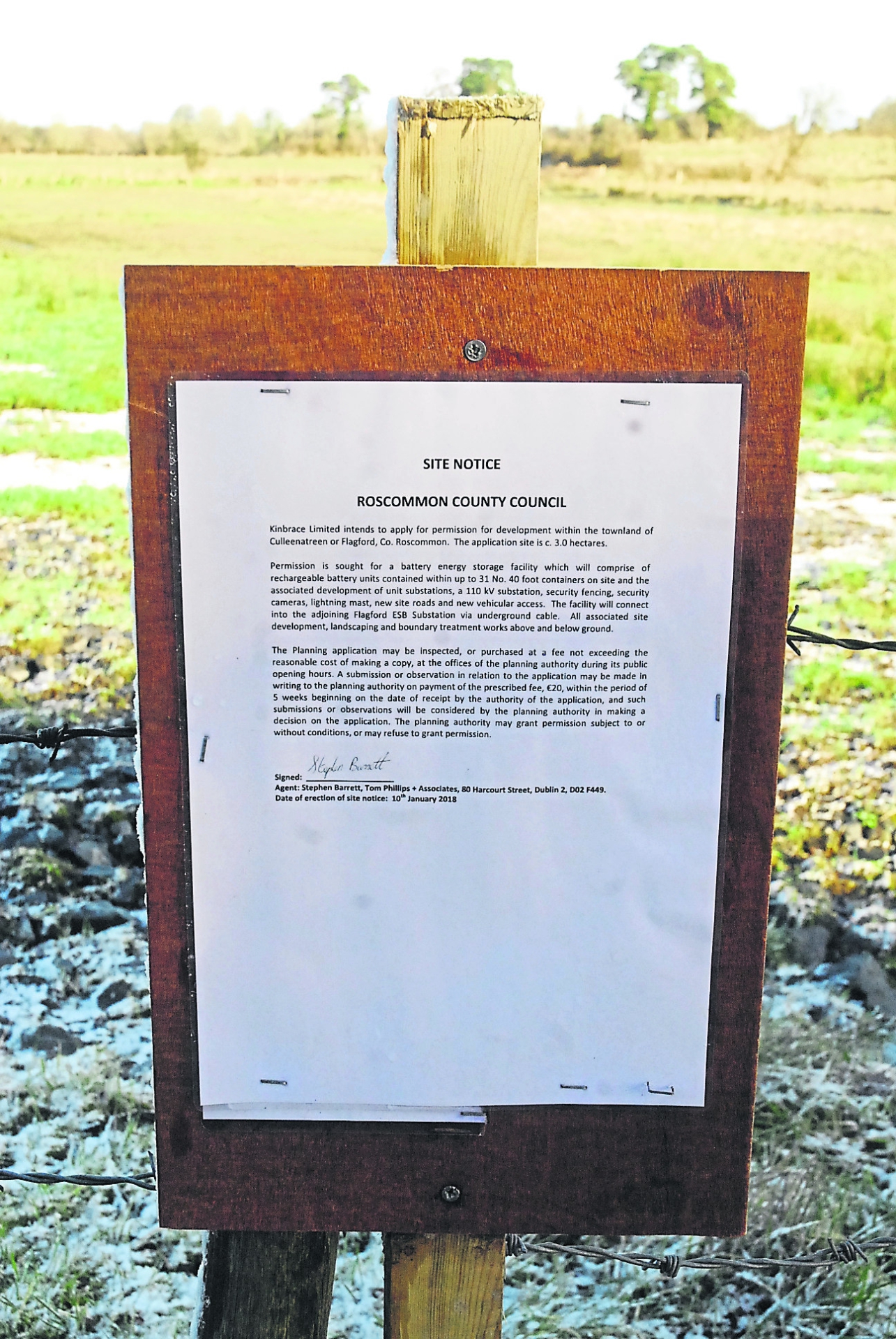 Located close to the historic Thatch Pub and a nearby waterfall, the proposed development, would in the view of local residents be “Contradictory to trying to improve tourism in the area.”

A decision on whether or not to grant planning permission to Dublin based Kinbrace Ltd for the proposed development will be made by March 7 and concerned local residents are urging those in the wider community to submit objections to Roscommon County Council before the deadline of February 13.