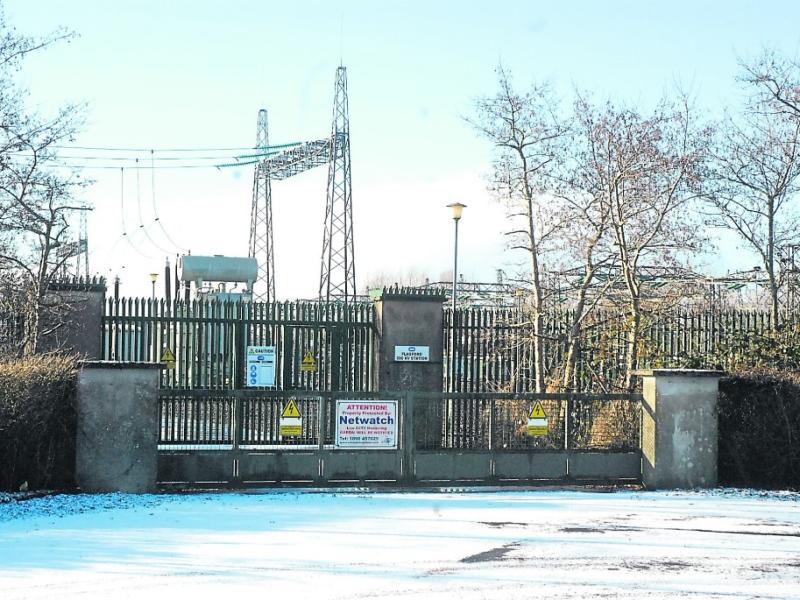 At a public meeting in the Patrician Hall, Cortober last night members of the public were updated on the status of the planning application for a battery storage facility contained within up to 31, 40ft containers at Flagford, Kilmore.

The fear of fire and flooding was raised at the meeting with those in attendance hearing reference to a fire at a plant near Brussells last November at a plant that is significantly smaller than that proposed for Flagford. It was stressed at the meeting that any fire at the proposed plant in Flagford would have a significant impact on Carrick-on-Shannon as a result of the toxic emissions that would be released.

The meeting, attended by roughly 100 people, heard that Roscommon County Council have sought further information in relation to the application submitted by Kinbrace Ltd. Concerned local residents also outlined their plans to continue their fight against the development and announced details of a campaign in which they will be seeking as much support as possible from residents and public representatives in Roscommon, Leitrim and Sligo.

Kinbrace Ltd have been asked by Roscommon County Council for futher information in relation to eight issues and Kinbrace now have six months to come back to the Council with the required information and can seek a further three months if required. The Council will then have one month to make a decision but can ask for further clarification. However, any subsequent information sought by Roscommon County Council will be in relation to the eight questions already asked.

The meeting was attended by County Councillors from both Roscommon and Leitrim who all voiced their strong opposition to the development while Deputy Martin Kenny also voiced his opposition stating, "Most research into renewable energy is going into sources that are constant. Wind is the most unstable form of energy.

"The reason for so many turbines is because grants are available to them and this is something similiar. It is about subsidies and pretending they are doing something about it. This is a proposal for a huge industrial site being placed in a rural site which is not appropriate.

"There are umpteen other ways of storing energy that are clean and much safer than this."

Campaigners are urging members of the public to support their campaign by liking their facebook page and by signing the online petitions.

For more on this story see next week's Leitrim Observer