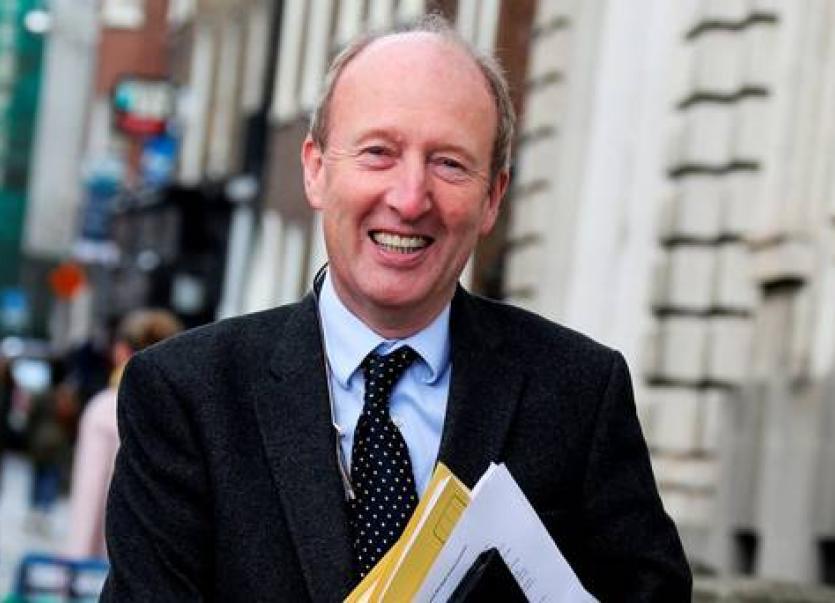 Minister for Transport, Tourism and Sport, Shane Ross, “doesn't give a monkey's damn about rural Ireland” and is failing in his remit as Minister according to Manorhamilton Municipal District (MD) councillors.
At Monday's MD meeting, councillors received an update on the Local Improvement Scheme (LIS) waiting list for Co Leitrim. LIS funds improvement works on non-public rural roads that access homes and farms. Local homeowners are expected to provide match funding for works and LIS is an essential funding stream for rural counties like Leitrim.
In 2011 Leitrim County Council was forced to close applications for LIS funding after funding ceased.
Following a motion by Cllr Mary Bohan at Monday's MD meeting, Council staff are169 applicants on the LIS waiting list, some of whom have been waiting in excess of 12 years for work to be completed.
In 2017 Leitrim County Council received €487,947 in LIS funding from Minister Michael Ring's Department of Rural and Community Development, allowing 20 schemes to proceed.
This year's funding allocation of €250,000 from Minister Ring, will allow a further 11 schemes to proceed. Leitrim County Council has made a submission to the Department of Rural and Community Development for additional funding but the €4.1m will be required to clear the backlog on the waiting list.
Cllr Mary Bohan asked that a LIS update be listed for discussion at the May meeting of the full council.
At present Leitrim County Council is contacting those on the LIS waiting list to determine those who wish to continue with their application and to also identify any applications which no longer qualify for funding. Of concern is also the fact that there may be more who want to submit an application for LIS funding, but are unable to do so because the scheme is closed to new applicants at the moment.
Cllr Mary Bohan said LIS funding is desperately needed adding that it is disgraceful the traditional Department funding this scheme, the Department of Transport, isn't stepping up with funding.
“The Minister for Transport has abdicated his responsibility entirely. His Department is supposed to be funding LIS. Instead the money is coming out of community funding in Michael Ring's Department,” she said.
Pointing out that people are “paying property, road and other taxes” Cllr Bohan added: “to think that we cannot get funding for LIS's, to think that the Minister with responsibility for roads has refused to provide funding and even refused to provide match funding to money provided by Michael Ring's department, it is an absolute disgrace.”
Cllr Bohan asked how Minister Ross can justify having another Department pay for works on roads, which his Department is responsible for.
She said it is clear that “as far as rural Ireland is concerned, we don't exist for Minister Ross. We don't matter.”
She said it is clear a special allocation will be needed to help address the significant backlog of LIS applications in Co Leitrim.
“I have looked and no other county has as many on the waiting list for LIS schemes as we do.”
Cllr Padraig Fallon backed her call stating the LIS application process in Leitrim needs to be re-opened so a 'true picture' can be established of LIS demand.
“There could be even more applicants on the waiting list if the scheme was opened,” he warned.
Cllr Bohan however, questioned re-opening the scheme to applications pointing out people could be waiting up to 20 years to see work done on their roads because of the low levels of funding available.
“People are aware they will be waiting but they want to get on the list,” replied Cllr Fallon.
Cllr Sean McDermott supported calls to re-open the list to applications noting “If we don't have the list open (to new applications) we don't have a true reflection of the amount of people waiting for this funding.”
However Cathaoirleach of Manorhamilton MD, Cllr Frank Dolan argued the Council should complete a review of the list to see how many were interested in proceeding with application already submitted before re-opening the scheme.
Cllr Justin Warnock said it is clear Minister Ross needs to “start pulling his weight.”
“Minister Ross doesn't give a monkey's damn about rural Ireland,” observed Cllr Bohan.
She urged the Council to follow up on the application for additional funding for LIS and renewed a call that the matter be brought up for discussion at the next full council meeting.