Emotional and sad day at closing of Aghacashel Post Office 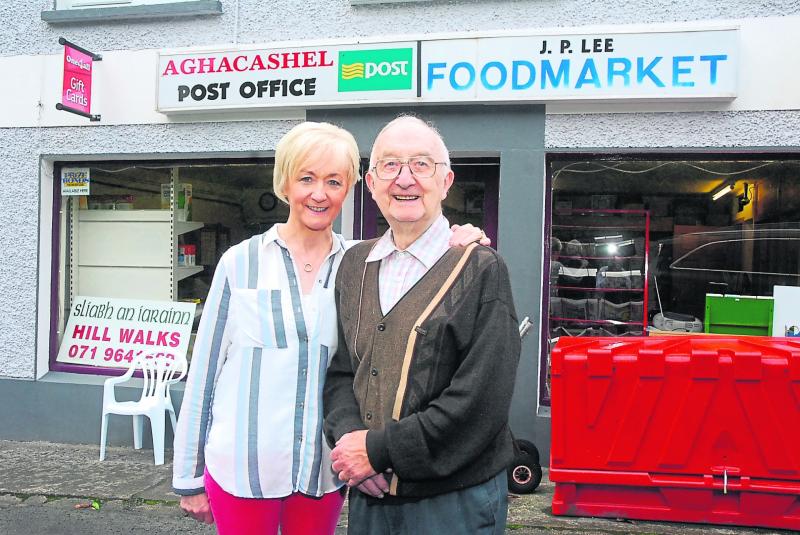 Postmistress Antoinette Tivnan and her father Jackie Lee outside Aghacashel Post Office and Food Market. The post office part of the store closed on Friday, August 10, the shop remains open.

Both Aughavas and Aghacashel closed the hatch in their post office for the final time last Friday, August 10.

It was an emotional day in Aghacashel as the Lee family said goodbye to a profession that has been in their family for 143 years.
The Lees have been running the postal service in Aghacashel since 1875, long before the foundation of the Irish State and An Post. The Lee family provided a link for locals to the world outside their parish.

John S. Lee opened the post office in 1875, a few hundred metres down the road from the current building. A teacher from Arigna, he passed the business onto his son Christy Lee, who in turn passed it to his son Jackie. Jackie’s daughter Antoinette Tivnan has been the Postmistress for the past 25 years.

Jackie took over the post office just out of school. It was a service he grew up with and he watched it grow, expand and become computerised. He was sad to see the career that he reared his 11 children on close down, but mostly he was emotional for the local community who rely upon it.

The post office was busy on Friday as pensioners collected their last state benefit there. Locals will now have to transfer payments to either Drumshanbo or Ballinamore post offices or move payment into their bank account.
Jackie told the paper his father Christy Lee built the post office and current shop and family home in 1924.
The Lees not only ran the post office for generations but provided numerous services for the community.
Over the years the Lees were farmers, undertakers, travel agents, shipping masters, taxis and hardware and electrical experts! 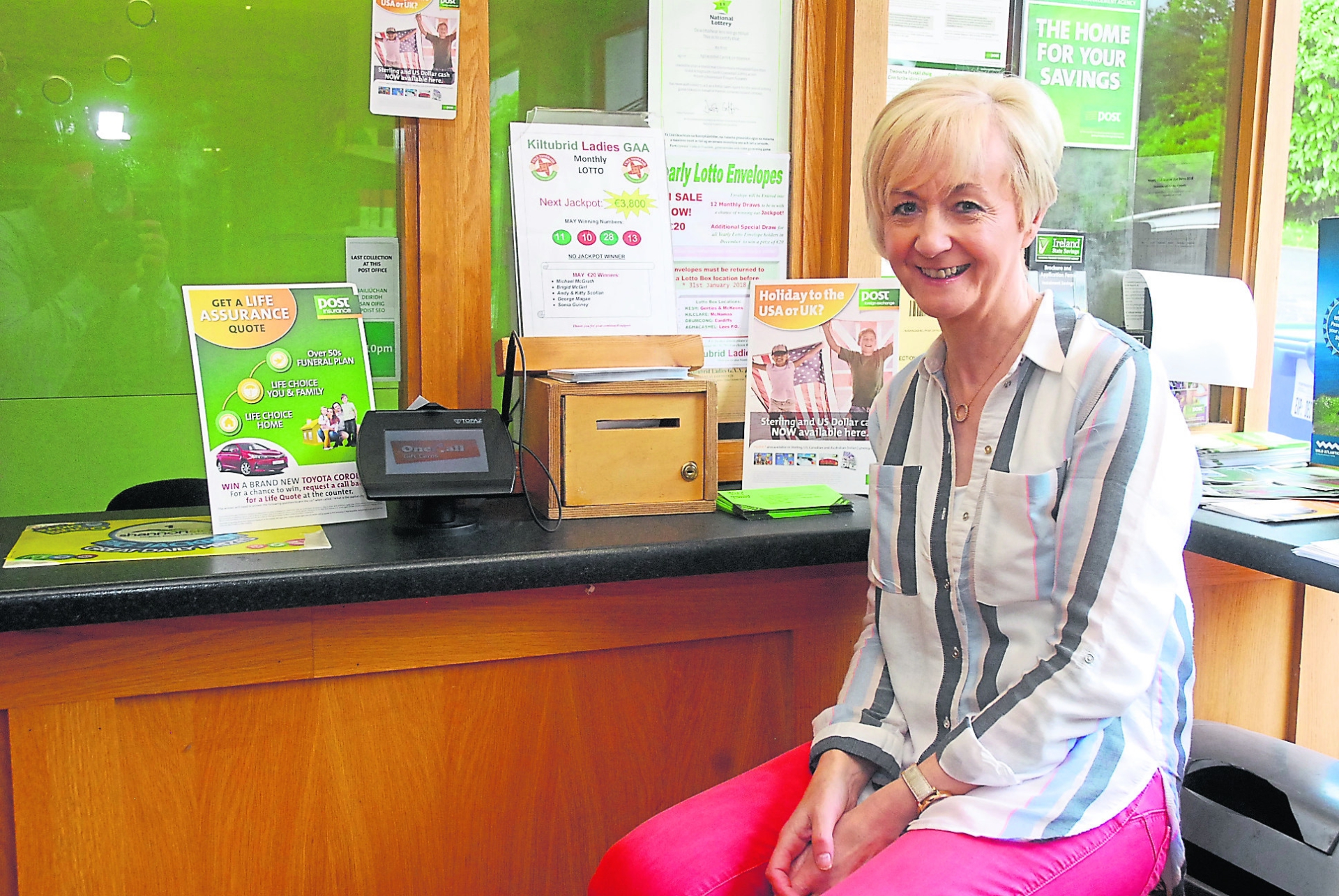 Antoinette said her father often booked the ticket for people to emigrate to America, drove them to Shannon to get the plane and then organised shipping to and from the United States.
The mother of six children said it was hard to explain her emotions on Friday. She said “locals are sad” but she has seen the drop off in post office users in the last decade.

She said “with pensioners dying and no young people taking their place, it was inevitable.”
She also said transferring payments into people’s bank accounts was the beginning of the end for post offices. Antoinette is keeping the shop open for the time being and the family hopes it will continue to be used.

Antoinette said the older people “don’t like change” so are not taking the news of the closure well, Jackie quipped, “they will need to make a bigger effort going into town, they didn’t have to dress up to come into us!”

Antoinette said only a few people do a “big shop” with them and mostly people pick up a few bits passing by.
She commented, “I will miss the chats, as will the older people who came in for some social interaction.”
Meanwhile, Killargue Post Office is due to close on Friday, August 31, while Newtowngore Post Office is set to continue operating until the end of January 2019.

The community of Aughavas has lodged an appeal against the closure of their post office. The current postmistress has retired.
Adding to the appeal, the new owner of The Dugout, where Aughavas Post Office was housed, Michael Reilly, said that he wants to continue the business and has staff ready to train to provide the service.