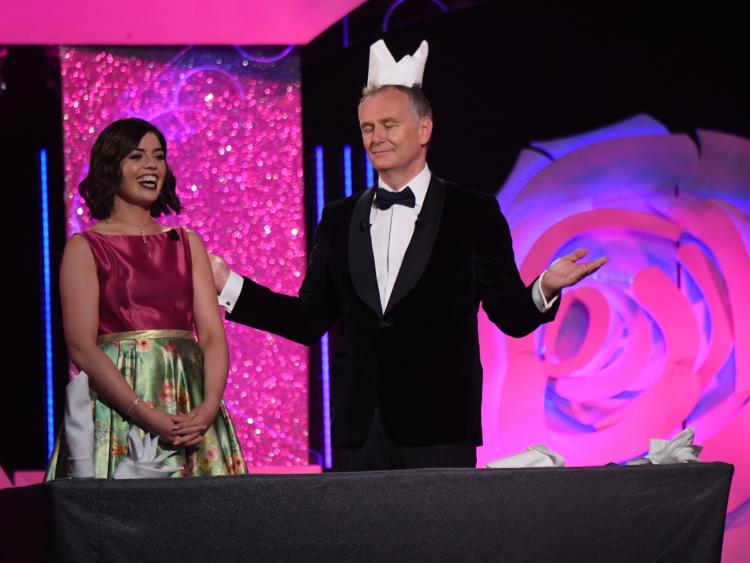 Leitrim Rose Imelda Scally said she enjoyed her time on stage with Dáithi Ó Sé on Monday night in the Dome in Tralee.

Imelda was the eleventh rose who appeared on the Rose of Tralee on Monday night, she wore a gorgeous full length colourful gown with roses on the skirt.
Imelda explained she was from Loughglynn in Co Roscommon, but since she works and lives in Carrick-on-Shannon she said, “My heart is in Leitrim now.”

She mentioned she works as a Wedding Co-Ordinator at The Landmark Hotel and she loves her dream job.
Imelda mentioned her father Matt played darts for Ireland in the 90s and she mentioned her mum Mary too as well as her boyfriend Andy.

Imelda showcased a unique party piece: napkin folding, which Dáithi tried to emulate with her.

The winner of the Rose of Tralee 2018 will be announced tonight, Tuesday, August 21.

The Roscommon escort Paul Clabby topped the poll among the roses and was named Escort of the Year. He was presented with a cheque for €1,000. Paul, a farmer, is from Fourmilehouse, Co Roscommon.

Also read: Leitrim Rose says "I know I could hold my own with Dáithí" on stage