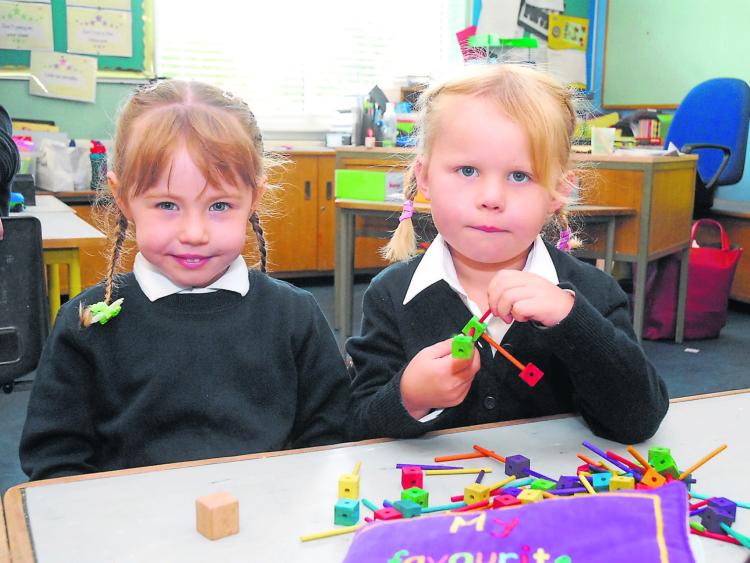 “Sadly rural living is not part of the vision for Ireland” according to Principal of St Joseph's NS Aughavas Seamus McTiernan.

Planning issues, afforestation and no funding to renovate derelict homes are some of the reasons the small national school could lose a teacher next year.
The 'Aughavas Calling' campaign which sought and still is seeking families to move to the area and boost their student numbers is St Joseph's NS to keep three teachers in the school was “very successful” according to Mr McTiernan.
The campaign attracted five new families to the locality, but the new families have children who have not yet reached school-going age.

“Ironically we usually have about 10 children under school-going age in the catchment area, but the figure is closer to 20 now,” the principal said.
However, Mr McTiernan said they received numerous enquiries from large families seeking a new way of life, but with only a limited number of homes to buy or rent in the parish, they had little to offer them.
Just this week, the campaign has put out a plea for a house in the area to suit a family with three children, who wish to move to Aughavas.

St Joseph's NS only enrolled two new pupils so far this term, to keep their staff numbers they need at least four more primary age children before September 30.
The school which has 47 pupils enrolled will be reduced to two teachers in 2019 if they don't get their numbers up to 51.
A minimum cohort of 54 pupils is needed before the third teacher can be re-appointed, if one goes this year.
Seamus told the Leitrim Observer, “Aughavas has no village or housing estate, any of the derelict homes need a lot of work and planning permission is impossible to get.”

He commented the biggest obstacle to rural living is not emigration or no work, it is basic housing.
Mr McTiernan hit out saying that there has to be a scientific solution to the planning issue in Leitrim but added there is “no political will” there and says it seems “sadly rural living is not part of the vision for Ireland” and the plan seems to be have everyone living in towns.

He noted that one of the new families that bought a house in Aughavas is a farming family from a neighbouring parish who couldn’t get planning permission to build on their land.
Mr Tiernan said the Government needed to rethink its policies on afforestation and planning for one-off housing, or even more rural communities will struggle to survive.
Seamus said the 'Aughavas Calling' campaign was not just for the school but for the parish which recently lost its post office. He asked “What will the community be like in 10 -20 years?”

From his experience on Cumann na mBunscoil, he acknowledges that every rural parish in Leitrim is under threat.
While the population rose slightly in Leitrim, he noted “this rise is along the N4 or in bigger towns, not in rural communities.”
On a more positive note though, due to the success of the campaign there are a number of young children in Aughavas which means the future does looks brighter for St Joseph’s NS.

St Patrick's NS, Tarmon conducted a campaign 'Tarmon Matters' seeking new families to the area to help keep their two teachers and to secure the school for the future.
The success of the campaign is questionable, but Tarmon NS did attract four new pupils and have secured their two teachers.
One junior infant and three others pupils started in Tarmon NS this September, and have a total of 20 pupils enrolled.
Principal Fiona Reynolds, said they are delighted with the increased students from three different families and said they can hold these numbers for the next two years.
But due to a lack of housing in the parish, they did not attract any new familiesoutside of the county.
The Tarmon Matters Campaign will continue to help fight against rural decline and secure the future for the school. “It is a constant fight, but we will keep going” she stated.

Curravagh NS in Glangevlin, West Cavan had a very successful campaign and welcomed 17 pupils through the doors this month, securing their two teachers.
Children from three new families started and the Stand With Glan campaign are processing more families who are eager to move.

It is clear to see that campaigns to save rural schools will become a fixture in the county in the coming year. As the Leitrim Observer prepares next week's 'First Day at School' photo feature we can see the divide between town and rural schools increase.
Some schools such as Drumeela NS and Drumboylan NS only welcomed in one junior infant this year while larger schools in Carrick-on-Shannon, Kinlough and Manorhamilton are dealing with numbers in the high 30s.