Plans will redesign the face of three Leitrim towns 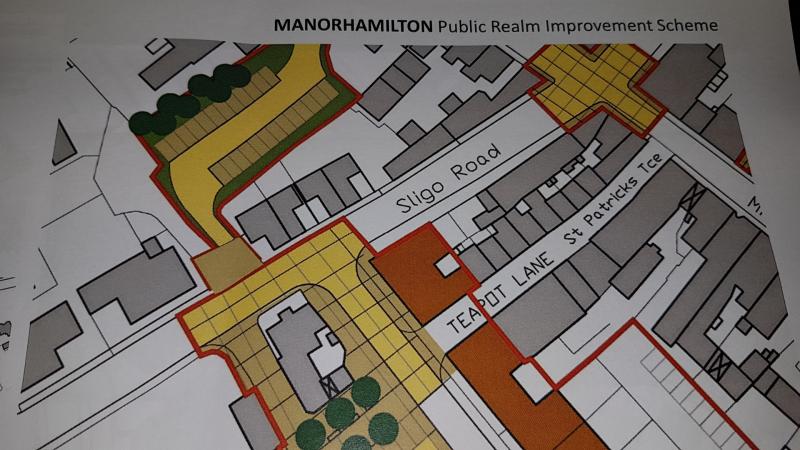 Every resource is being used by Leitrim County Council to quickly put together applications worth millions of euro to change the appearance and function of Leitrim's three main towns.

Senior Planner Bernard Greene told members of Manorhamilton Municipal District this week that “We have been a little off guard to the level of detail needed on these applications” for the Rural and Urban Regeneration Fund.
The council have put together “ambitious” plans for all three towns in an effort to enhance their look and attract more visitors and businesses.

They are seeking funding in the region of €1.1 million for plans in Manorhamilton and Ballinamore.
The final costing of the plan for the county town under the Urban Regeneration Fund will be finalised this week, with local representatives and town groups being shown the plans.
The proposed plan for Ballinamore is expected to be showcased at it's municipal meeting next Monday. Manorhamilton elected members viewed the detailed and exciting plan for their town on Monday, while community members viewed it in the Bee Park on September 5.

Applications must be submitted by September 29, but the details of the fund were only made available in mid summer “when a lot of key staff were on leave.”
The council are working with Sheridan Woods Architecture firm and must work swiftly with local representatives and community groups as well as landowners to put forward attractive plans to compete for funding from the Department of Rural and Community Development.

All three applications are being sought under category 1, which means they must be “shovel ready” by 2019, which is very zealous when some plans require land acquisition and planning. Mr Greene explained to council members that it is a competitive bid against other councils, ITs and state agencies.

Speaking about Leitrim's chances the council planner said since Minister Ring makes the final decisions it would be “unusual not to have some geographical balance.”
The council are confident all three applications are value for money and can be successful.
Cllr Mary Bohan said political pressure must be applied. The council says they will provide 25% of the match funding.
Cllr Justin Warnock questioned why Kinlough, being the third largest urban area was not included. He was told there will be other years open to applications. Cllr Fallon reminded him if Manorhamilton can attract more jobs, all of North Leitrim will benefit.