A new look planned for Manorhamilton 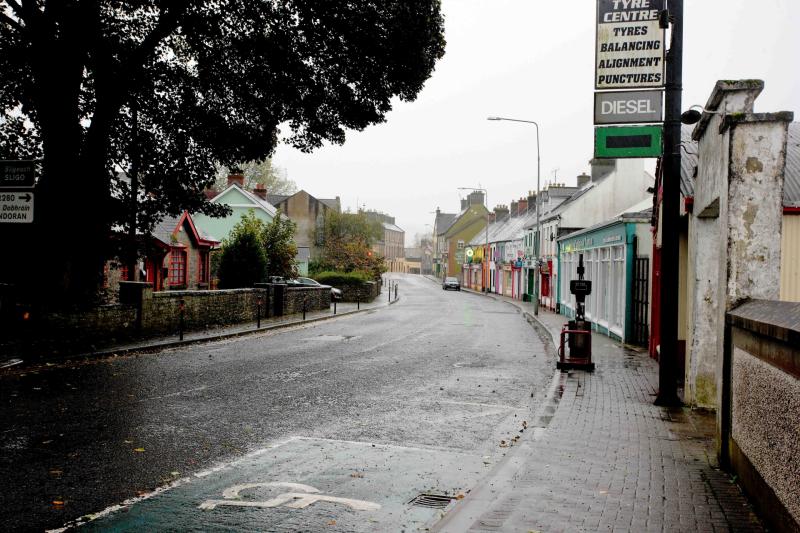 Normally the subject of complaints about traffic congestion, Manorhamilton's New Line was divest of traffic at 3pm on Monday afternoon.

The approach to Manorhamilton, a connection to the Main Street and the Backlands as well as clear access to the enterprise and employment zoned lands are all part of the new look Manorhamilton seeking funding.

Cllr Sean McDermott said the proposed plans would “change the face of Manorhamilton” and it received support from councillors.
The focus of the plan is on access and attractiveness at the entrances from the Sligo Road and the Carrick-on-Shannon Road, connections to the Main Street and promotion of the businesses and the space for business development at Park Lane.
The plans detail knocking down of buildings and alignment of new access points as well as a new street for the main town of North Leitrim. 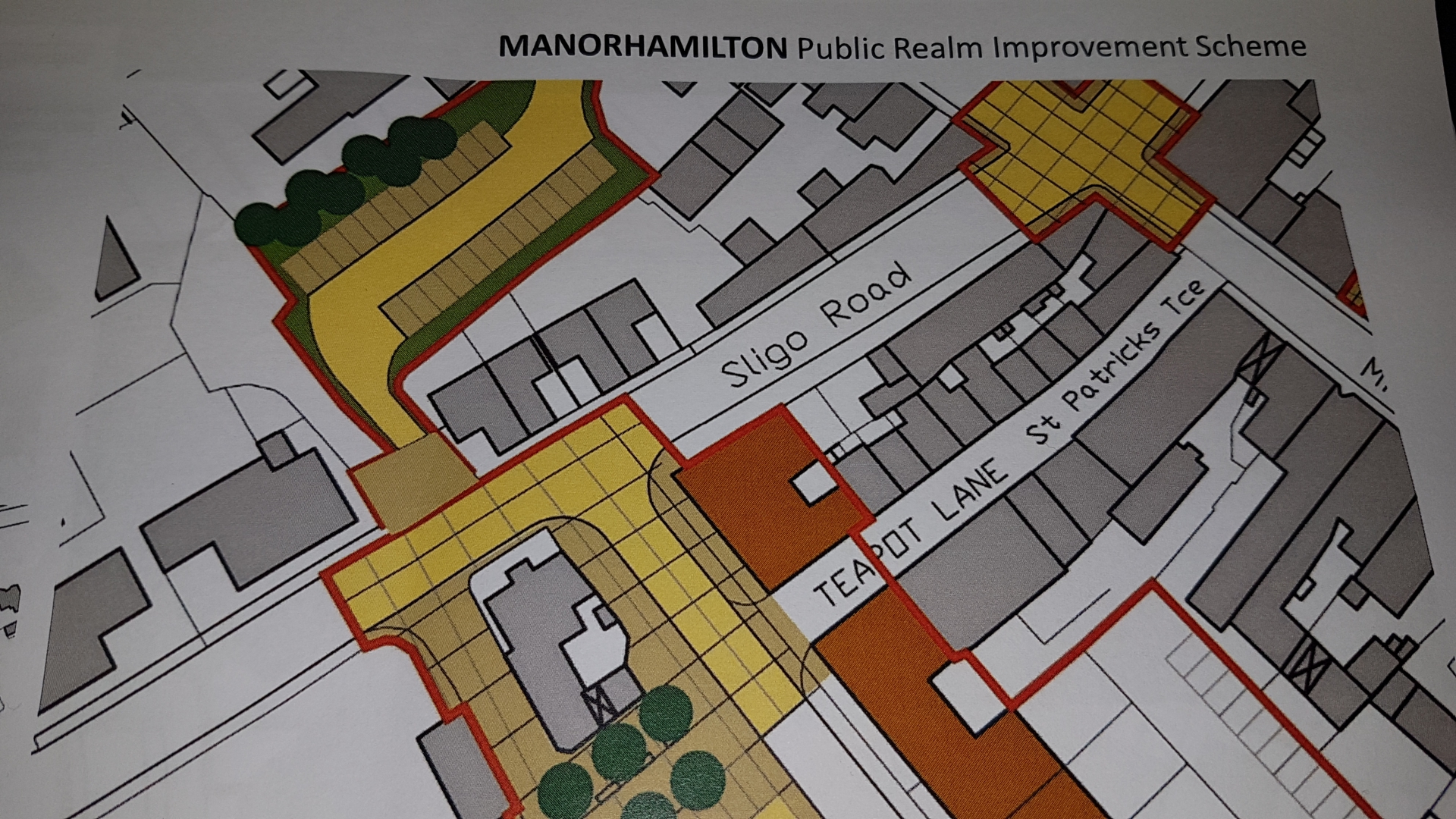 Poor entrances to Main St from Sligo/ Enniskillen along Common Lane were noted, drawings of new parking places and greenery as well as access to Main St is detailed, but it was noted that this large project may not form part of this year's application due to the large number of buildings on it.
There are also ideas for the “big brae” to allow for more visual approach. There may also be space created for a new sculpture in that area.

Signage and clutter of the buildings on Main Street are considered in the plan, including the fact that the “Market House is letting down Main St” despite it being the “finest building on the street.”
The redesign of the town also includes a new access from Main St to the Backlands development. Mr Greene said it is expected the Backlands will be re-branded shortly.
Teapot Lane is also being considered as a new street for the town, but that will require a lot of work by the council as there is an existing business there.

The idea to enhance access and attractiveness of the enterprise lands is high on the list and the council want it to be “as attractive to businesses as Carrick's Castlecara Road.”
Cllr Frank Dolan called it a “powerful presentation” and hopes it becomes a reality.
Mr Greene said the fact that part of their plan for the town is to encourage more business should look good on the application.