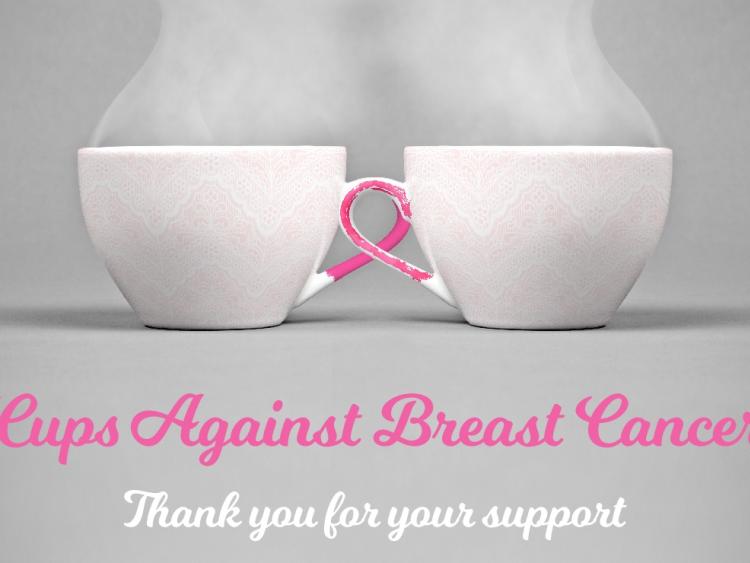 With a 25% increase in the number of breast cancer cases over ten years, the Irish Cancer Society is urging women to be aware of the signs and symptoms of the disease.

October is breast cancer awareness month and as part of its Cups Against Breast Cancer campaign the Society is raising awareness of the disease and fundraising for free patient support services.

Despite growing incidence of breast cancer, over 86 per cent of women now survive their breast cancer diagnosis for five years.

Early detection greatly increases the chances of successful treatment. The Society is urging all women to be aware of the following signs and symptoms of breast cancer:

- A change in the direction or shape of your nipple, especially if it sinks into your breast or becomes irregular in shape

- An unusual discharge (liquid) from one or both of your nipples

- Swelling in your armpit or around your collarbone

- A lump or thickening in your breast

-Constant pain in one part of your breast or armpit 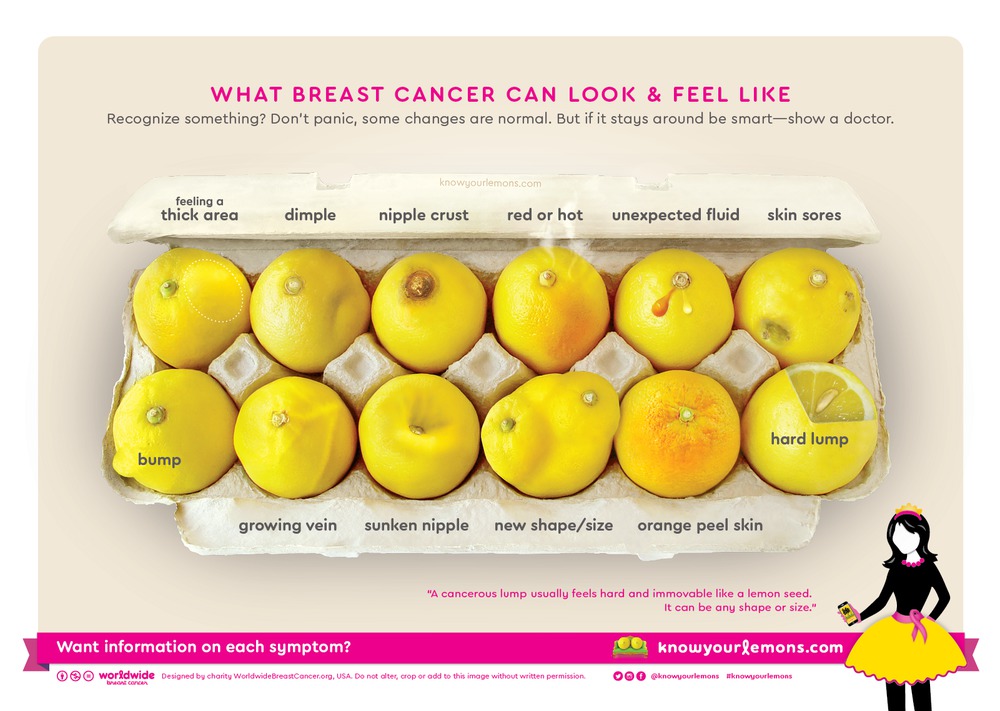 Joan Kelly, Cancer Support Manager, Irish Cancer Society said, “It is important that every woman is breast aware. This means knowing what is normal for you so that if any unusual change occurs, you will recognise it. The sooner you notice a change the better, because if cancer is found early, treatment is more likely to be successful. Get into the habit of looking at and feeling your breasts regularly, a good time to do this is in the shower or bath. If you notice something abnormal for you talk to your doctor without delay. Remember most changes won’t turn out to be breast cancer. But if they are, the sooner this is diagnosed the more effective treatment will be.”

There are also a number of ways to reduce your risk of breast cancer, including being a healthy weight, being active for 30 minutes a day at least five days a week, not drinking more alcohol than the recommended daily amount, breastfeeding your baby, not smoking and by attending Breastcheck when called.

As part of its Cups Against Breast Cancer fundraising campaign, the Society is urging members of the public to host a fundraising coffee morning during the month of October. Money raised will help fund lifesaving research and free services including Daffodil Centres and the Freephone Cancer Nurseline. Members of the public can speak to a Cancer Nurse on any aspect of breast cancer by contacting the Cancer Nurseline on Freephone 1800 200 700 or by dropping into one of 13 Daffodil Centres in hospitals nationwide.

For more information on Cups Against Breast Cancer see www.cancer.ie/cupsagainstcancer