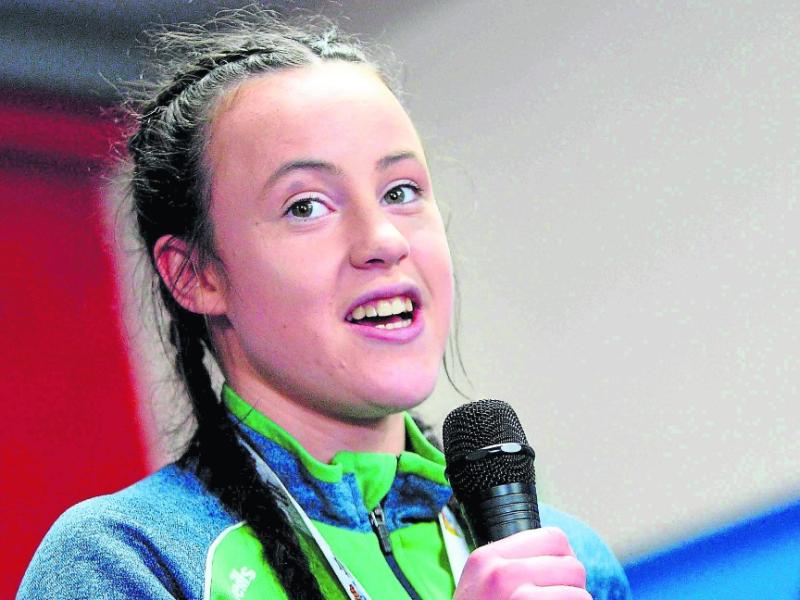 Uachtarán na hÉireann Michael D Higgins has extended his congratulations to Leitrim's Déarbhla Rooney after she claimed bronze in the Youth Olympics in Buenos Aires, Argentina.

The President joined a host of well-wishers congratulating the Sean McDermott Boxing Club fighter after her incredible showing in Argentina that resulted in her claiming bronze after a commanding win over New Zealand's Te Mania Rzeka Tai Shelford-Edmonds.

“May I congratulate Sean McCarthy Crean on winning a bronze medal in karate, at the Youth Olympic Games in Buenos Aires today. I also wish to congratulate Niamh Coyne on winning silver earlier this week in the 100m Breaststroke and Dearbhla Rooney on winning bronze in boxing.”

CLOSING CEREMONY Congratulations to each and every one of our 16 athletes. You did yourselves and your country proud. Thanks to the support team who worked tirelessly&thanks to the families who play a massive role in getting the athletes to this point #thankyou #teamireland pic.twitter.com/iySkSjrBDd