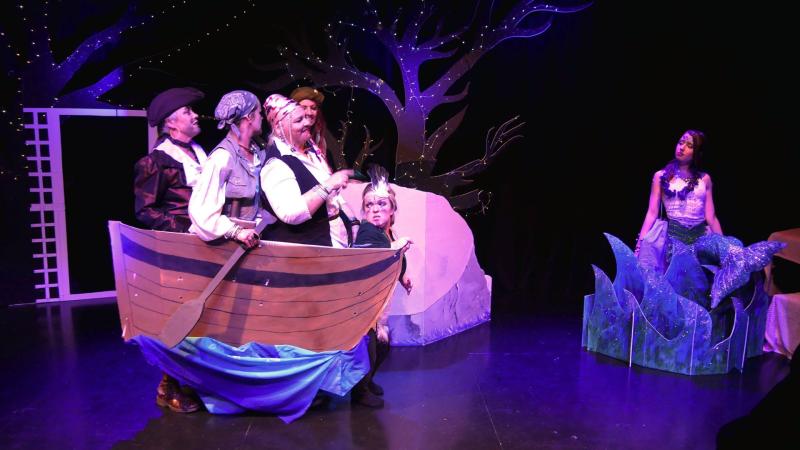 The new Director of The Glens Centre,  Brendan Murray knows he has some challenges to overcome but he is brimming with ideas, passion and experience to transform The Glens and bring it back to a level footing.

The Glens Centre  has endured some instability,  going through four directors in the past few years and plenty of rumours of it shutting down or losing funding.
But all that is  in the past and now the talk is of opportunities, new projects, links and a new and exciting future for the Glens Centre.

Brendan Murray  took over the running of The Glens on March 20 this year, and after spending some time getting to know the layout, he is ready to share his vision for the beautiful arts house.
Brendan who originally is from Dublin, trained as an actor but has spent most of his career behind the curtain. He comes to The Glens having  been director of Áras Inse Ghluaire, Belmullet, Maigh Eo for five years.
The Irish speaker has worked on a number of high profile productions  with TG4, RTE and BBC over the years and he also taught drama in NUIG. 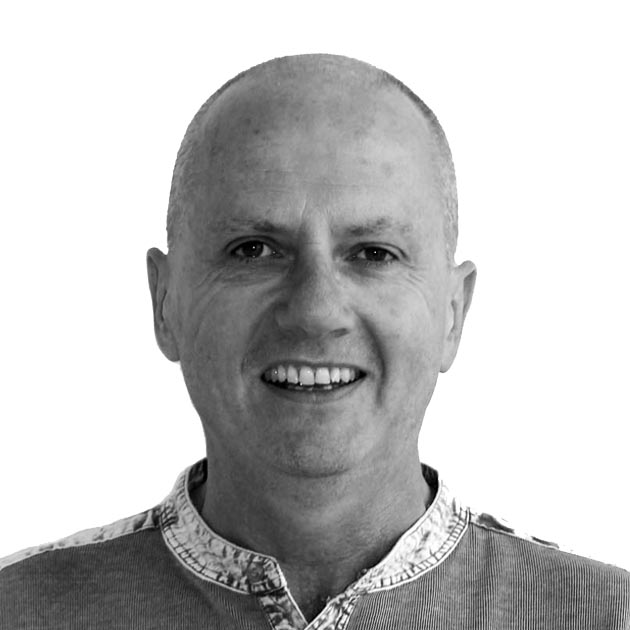 He was attracted to The Glens for two reasons. “The first is the Arts Council's new strategy towards smaller arts centres focusing on making them centres of excellence for artists and emphasising  local arts.”
Secondly, he was drawn to the Glens' in-house theatre. He has a massive grá for theatre and wants to help develop the strong talent pool here.
Brendan doesn’t shy away from the challenges including the financial issues  at the centre but is adamant  “The Glens is at a transitioning stage,” and is confident in the   new board of directors who are working on a new mission statement.

Public meeting
Part of his plan to make The Glens “the home of Leitrim arts” and a “centre of excellence” is to host a public meeting and to engage and hear feedback from the public.
The meeting due to be held on Tuesday, November 20  will outline the new role of The Glens and hear from patrons, artists and everyone interested in the future of the arts and The Glens Centre itself.
Brendan wants to banish any idea of “elitism” in the arts, but he also needs to outline what the centre can do financially. He explains that big concerts don't get the numbers and run at a loss.
While Brendan is adamant a new change in direction will benefit the Glens he does add “of course they (the Arts Council) would cut local centres in the morning, but they need a good excuse and we are not going to give them one.”
The Arts Council wants The Glens to focus on the huge amount of artists based in North Leitrim across fields of music, drama, film, art, sculpture, literature, etc. The  new emphasis is on children and ways to get young people involved in the arts.
“They are forcing us to think outside the box and get ways to engage with more people,” he adds.

Not competing with The Dock or Hawkswell
Instead of competing against, The Glens will be  working with The Dock and Hawkswell, Roscommon Arts Centre and the Backstage Theatre  on a collective series of residencies.
Unlike Carrick-on-Shannon and Sligo, Brendan says, “The Glens is affected by the lack of accommodation and restaurants in the town.”
He is excited abut new accommodation coming on stream in Manorhamilton next year and “talk” of a new restaurant opening.
“The town needs a facelift and we will all benefit from it,” he commented.
Brendan runs The Glens along with six part time staff, praising the core staff as  loyal and motivated.

One thing Brendan is not short of is ideas, they are pouring out of him. He is busy filing away funding applications  for a number of projects and if a fraction of them work out then The Glens will surely “be lit” next year!
The centre is working on  a number of collaborations  with artists including writer Carlo Gebler on stories about the train line in the North West which will be brought to life next year.
There will be classical music workshops for young people as part of Music Generation, which he hopes will be taken up by the large number of traditional music players in Leitrim.
The 60 strong  Connacht Orchestra is expected to take a weekend in Manorhamilton to play and maybe recruit some members.
Brendan hopes to work on some heritage projects, hearing how well the 1916 events went down in Leitrim.
The Glens will also be getting out and about with a gig expected in the Bee Park and other places of interest such as the Chapel of Ease in Lurganboy.
€20,000 is being spent on a new recording studio as the Glens is well known for its amazing acoustics. They hope to attract recording artists to the venue. They have also received funding to make the front of The Glens more attractive and accessible.
Brendan has ideas for working with Leitrim multiculturalism and the Disability Forum as well as schools, Active Age, Men's Sheds, etc.
Brendan is engaging with businesses to develop an Arts Festival as well as a Piping Festival and  the revival of the Wild Rose Festival. The Glens also want to be part of the Manor Show Day and work with the GAA and Boxing clubs.
Brendan is excited   to work with some of the theatre companies  such as Splódar and the Rabbit's Riot Theatre. Longstanding programmes will be developed.
Brendan plans to stay for at least three years in his role and said  his door is always open to anybody with ideas for the centre.
The future looks bright.