Ceremony at the Residence of France in Dublin this Friday 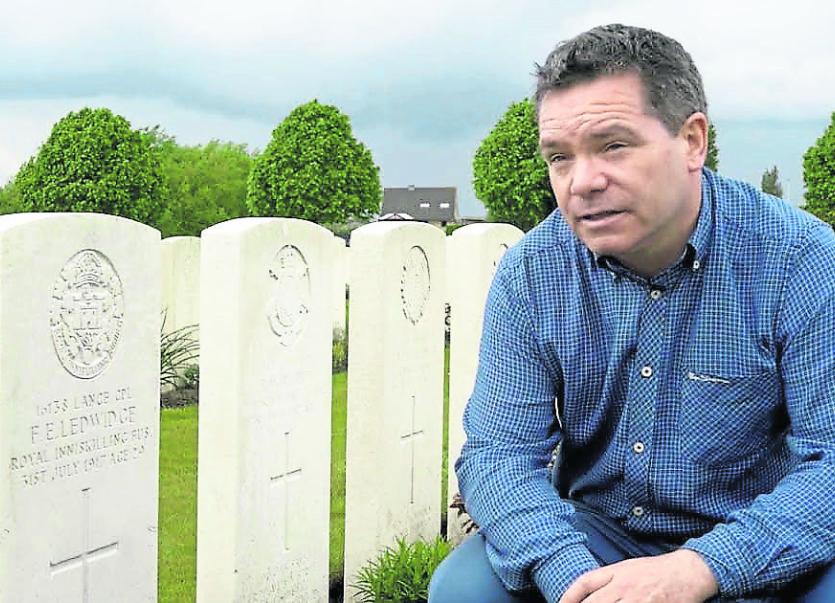 This Friday, November 16th, Irish Times journalist and writer Ronan McGreevy will be named Chevalier des Arts et Lettres by Ambassador of France to Ireland H.E. Stéphane Crouzat during a ceremony at the Residence of France in Dublin.

A graduate in English, Political Studies and Journalism from National University of Ireland Galway, Ronan McGreevy, a native of Carrick-on-Shannon, Co. Leitrim, has been working as a news reporter for the Irish Times since 2006. Before that he wrote for The Times, the London Evening Standard and The Irish Post. He was a radio and television producer with the BBC and Sky News.

Mr McGreevy  is the author of the book Wherever the Firing Line Extends: Ireland and the Western Front which tells the story of the Irish experience in the First World War through the monuments left behind in France and Belgium.
Mr McGreevy  also acted as Editor of Centenary, Ireland remembers 1916, the official State book recalling the Easter Rising and Battle of the Somme commemorations in 2016.

Speaking ahead of the event, Ambassador of France to Ireland Stéphane Crouzat declared: "A century after the end of the Great War, France knows the debt it owes to those who came from Ireland to its help and bows to their grandeur. Visiting the battlefields of France and Belgium for his book Wherever the Firing Line Extends, Mr McGreevy highlighted the horrible toll paid by Ireland during the Great War.

"Unearthing the stories of Ireland’s Heroic Dead, Ronan McGreevy contributes to our common duty, as European citizens, to honour their sacrifice and cherish their memory. Through his publications, Ronan McGreevy brings to life the spirit of the countless men and women of Ireland who stood for freedom whenever it was at risk and gave their lives so we could enjoy peace."

Speaking ahead of the event, Ronan McGreevy declared: "I am deeply honoured to be the recipient of such a prestigious award. I accept it not only on my own behalf, but on behalf of all of those who have sought to honour the memory of the Irish who fought in the First World War even while others in Irish society would prefer to forget. More Irishmen died in defence of the French Republic in the First World War than died in the creation of our own republic. It is right that France remembers.

"In 1928, on the 10th anniversary of the Armistice, the former Allied supreme commander Ferdinand Foch wrote in the pages of The Irish Times: ‘France will never forget her debt to the heroic Irish dead and in the hearts of the French people today their memory lives as that of the memory of the heroes of old, preserved in the tales that the old people tell to their children and their children’s children.’

"Just a few weeks ago I heard those children’s children sing A Long Way to Tipperary at a ceremony to honour the Irish who fell at Le Pilly in October 1914. I am the first Leitrim person since John McGahern in 1989 to win this prestigious award. To receive the same distinction as someone who was one of the finest writers Ireland has ever produced and one who chronicled my county so brilliantly is a proud moment for me."

Established in 1957, the Ordre des Arts et des Lettres traces its origins to the Ordre de Saint Michel founded by King Louis XI in 1469. The Order rewards those who have made a significant contribution to artistic or literary creation and who have contributed to spreading arts and culture in France and throughout the world.