Protest over merger of two West Cavan schools this Friday 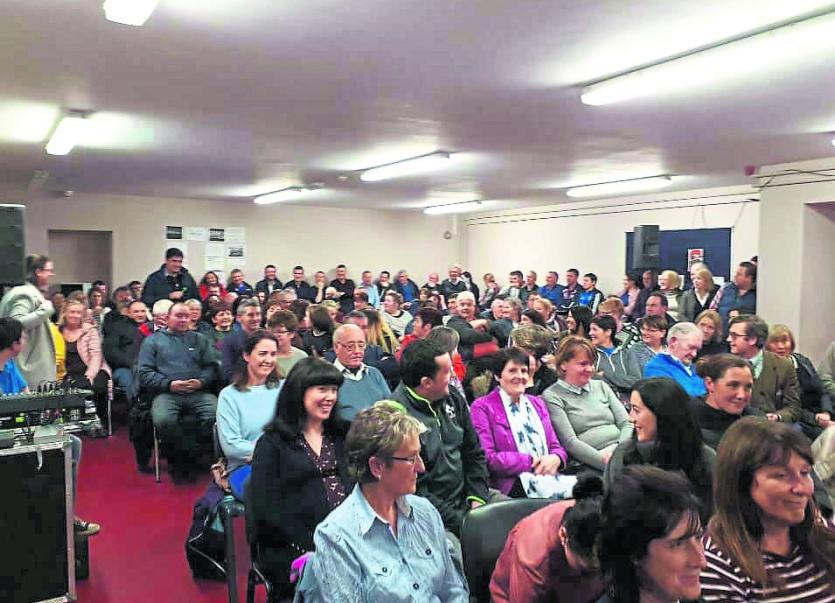 Locals at a public meeting in St Mogue's College, Bawnboy on Monday, December 10

A protest is organised to take place outside this Friday's meeting of Cavan County Council in opposition of plans to close St Mogues' College, Bawnboy and St Bricin's College, Belturbet and build a new school in Ballyconnell.

Demonstrators will march on Cavan Courthouse in expression of their opposition to Cavan-Monaghan ETD's plans to shut two West Cavan Secondary school and build a new €15 million school in Ballyconnell.

Several members of Cavan County Council serve as members of the Board of CMETB, who unanimously supported the plan when unveiled to them at a meeting at the Slieve Russell Hotel towards the end of last month.

The protest will take place at 1pm this Friday, December 14 and follows a large local turnout at a public rally in Bawnboy on Monday where concern was voiced on the impact any school closures it will have.

The meeting of elected members will begin in the Council Chamber at 2pm.

The chairperson of the board of management at Carrigallen Vocational School has expressed his concern that the proposal to build a new €15 million post primary school in Ballyconnell will have on their own catchment area.

Cllr Paddy O'Rourke said that for over sixty years Carrigallen VS has enjoyed significant enrolment from West Cavan which could now form part of the new catchment area for the proposed new school. He said there was a strong tradition of pupils from West Cavan attending Carrigallen with the current enrolment consisting of the children and grandchildren of those who attended themselves.

Cllr O'Rourke said he attended a meeting in the Department of Education in 1992 where it was stated there were 600 post primary schools in Ireland, at the time, and the same service could be delivered into 200 schools. He said this has long been the agenda of the Department despite a number of ministers who, over the years, rejected it out of hand.
He suggested the Department should press ahead with the necessary extension and provision of sports facilities at Carrigallen.
Cllr O'Rourke said the standard of education and the sense of belonging had always been good at Carrigallen, is excellent at present, and parents can rest assured will continue to be so.

Deputy Brendan Smith said, "I will continue to work with this local group. A clear message from excellent contributions at the meeting that this successful College must not be closed. We will also support the people of Belturbet in their efforts to retain St Bricin's."