A kilo of silver on offer for whoever catches the first salmon on the Drowes!

The International Year of the salmon will inspire awareness 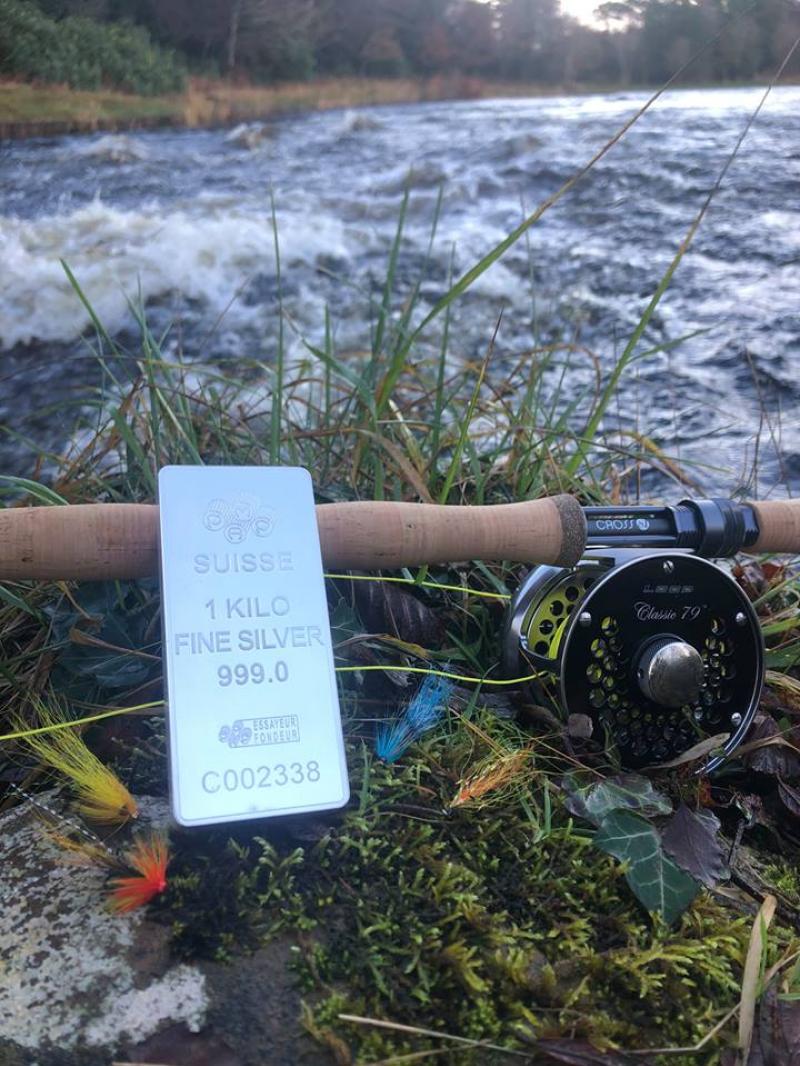 The opening of the river Drowes in Leitrim coincides with the beginning of the New Year and as a result the first salmon of the year has been caught there on many occasions.
However, this year marks an exceptionally special one, as it is the International Year of the Salmon.
The occasion will be celebrated at the Drowes river in a number of fitting manners.

Those at the Drowes Salmon Fishery understand that catching and releasing the first salmon of the season, or any salmon of the season, is not by itself going to address the decline in salmon numbers.
However, it can be used to create awareness among the non angling public of how precious a resource the salmon is and how much it contributes to the Irish economy as a whole.
In 2015, Millward Brown was commissioned to compile a report by Inland Fisheries Ireland (IFI) as to the contribution that salmon angling makes to the Irish economy.
The findings were that salmon and sea trout angling contributed over €210 million to the overall economy in Ireland.
25,017 salmon were landed in Ireland in 2015.
The average weight of the salmon landed by anglers was 2.7kg.
Mr Gallagher said: “Clearly our salmon is precious.
“They are in fact more precious and valuable than the bars of silver that they are, so often, compared to.”
He added that as anglers, as people with an interest in and love for salmon, that in 2019, the