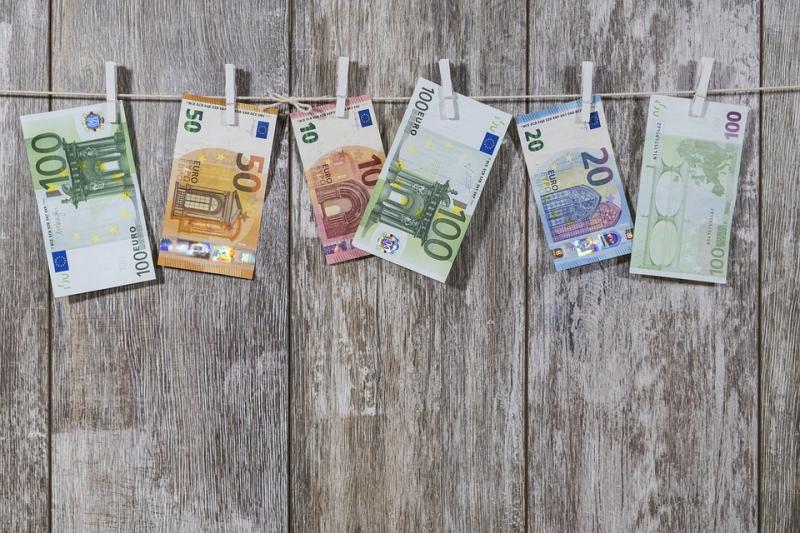 The price of a cup of coffee, lunch,a hotel room and even a haircut has cost you more in the past week than it did in December.
The increase in the hospitality VAT from 9% to 13.5% means you have much less coppers to worry about in your pocket when you get your change back.
The pain of this increase, like many Government imposed changes impacts Leitrim much more than urban areas according to local businessmen Joe Dolan of The Bush Hotel, Carrick-on-Shannon and John Kelly from The Clubhouse, Dromahair.

Carrick-on-Shannon
Joe Dolan called the VAT hike “nonsensical” and “counter productive” adding that while some items in his hotel will increase, “we have to absorb a lot of it ourselves.”
He said with contracts and bookings already in place, they couldn't increase many events. “In a lot of ways we are not in a position to pass it on to customers.”
He said passing on the full VAT rate could also push them out of the competitive market. 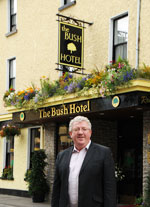 Joe Dolan of The Bush Hotel

Mr Dolan said the VAT and wage increase along with insurance and utility bills rising is also overshadowed by the worry of Brexit.
He added that the tax increase will mean he and other businesses will not be able to invest in the future.
On the domestic market he acknowledged that increases in price could make a trip to Leitrim more expensive than a budget trip to Europe.
Joe Dolan is on the Brexit Rapid Response Committee and is part of a negotiation team meeting in London regularly. He said UK tourists account for 60% of overseas visitors in the border counties. In Kerry that number is as low as 20%, in Leitrim “they are our bread and butter.”
Mr Dolan said there is a lot of work going on behind the scenes to help businesses prepare for Brexit but “this is not foot and mouth or the volcano ash, it is not something you can take a hit on for a few months, this will be long term and we are in un-chartered waters.”
The high profile hotelier said while Ireland Inc is selling well it is “inequitable” and that same growth is not visible in the border region.

Dromahair
John Kelly owner of The Clubhouse Bar and Riverbank Restaurant in Dromahair said the VAT increase while it may look small is actually a 50% hit for businesses.
“We have passed on some of the increase and absorbed it in other places, if we put up all our prices we wouldn’t be competitive.”
Mr Kelly said they took a number of Communion and Confirmation bookings at the end of 2018 and they will “absorb the VAT hit on those.
“80-85% of our trade is food, as people don’t drink alcohol as much now with more checkpoints and no taxis available.”
Mr Kelly said it is “worrying times” for the hospitality industry in Leitrim.
He said it was “another hit to rural Ireland” following a huge slump in pub trade over Christmas.
“It is unfair to be hit with the same increase as Dublin hotels, they can charge what they like but we have a much smaller pool.” 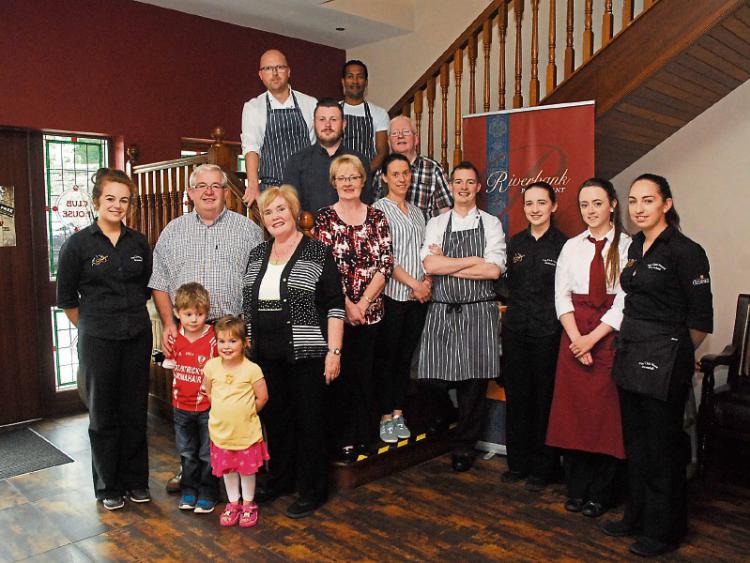 The hike is actually stunting growth and development where it is most needed.
Mr Kelly revealed they were considering providing accommodation in Dromahair from their Clubhouse building “We were looking at making ten rooms available, there is a big demand for accommodation in North Leitrim, but now we are looking at it again and wondering if it will be viable. It is a shame the increase has come now.”
He agreed it will stunt growth around Leitrim and many other businesses thinking of adding more tables or taking on more staff will now be forced to reconsider.
The Clubhouse owner says it does get an increase in UK and Northern Ireland visitors in the Summer months and they are unsure how this will be hit “if Brexit continues.”

Weddings
It is understood some local couples who have booked their weddings for this year and paid deposits were informed before Christmas they must pay their wedding in full before January 1, 2019 or pay the increased price.
Hairdressers have also increased their prices as part of the VAT increase.
So no matter which way you turn, your pocket will be hit this year, but if people cut back on spending the real threat of job losses in Leitrim could be seen by Summer.

Also read: Leitrim's SPARK Programme is looking for businesses to get involved in 2019