Leitrim's litter problem is getting worse instead of better 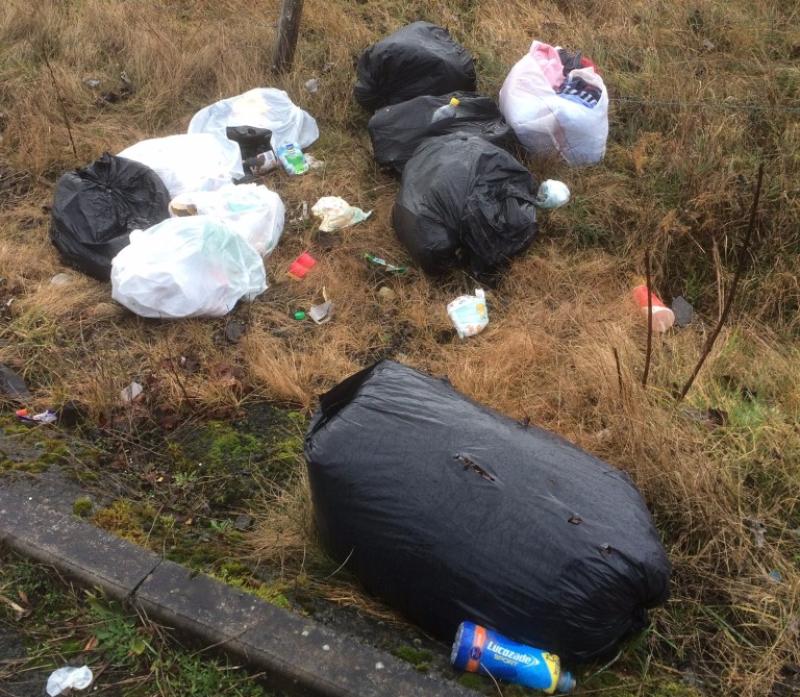 Leitrim's litter problem is getting worse instead of better

It has been claimed that despite the Green Flags and the large number of public campaigns about recycling, “the litter problem is getting worse in Leitrim.”

On the same day as Leitrim County Council held a Tourism Briefing (Monday, January 21) trying to promote the county, Manorhamilton Municipal District Meeting heard about the “large pile up and unsightly scene” of rubbish on roadways and in particular the amount of waste left at the overflowing bring bank centres after Christmas.

Discussing the huge amount of glass bottles and rubbish left at Dromahair Bring Bank Centre after Christmas, Cllr Frank Dolan said “It is unbelievable to think this could happen.” He said people who brought a box or bag of rubbish to the recycle bank and just abandoned their items on the ground committed an offence, “the same as illegal dumping.”
He asked the council are there enough bottle banks in Dromahair to cater for the volume and queried if the contractors collection rota is frequent enough.

The council said “In the lead up to Christmas, bring bank sites were closely monitored and additional empties were carried out.”
They said the Dromahair banks were emptied on January 9. They also stated , “Notices are in place at the bottle bank sites advising that leaving recyclable items and other waste at the bring banks is a littering offence.” There are 40 bottle bank sites in Leitrim.

Cllr Mary Bohan told members this littering issue is not just after Christmas. She said “our roads are disgusting, people are throwing bags of rubbish out their car windows.”
“What kind of person throws a bag of rubbish into a hedge?”
She said it is disgraceful while the county sets out to attract more tourists others are littering the countryside. She claimed: “the litter problem is getting worse in Leitrim.”

Cllr Justin Warnock asked if permanent cameras could be fitted at the recycling centres around Leitrim.
Cllr Felim Gurn said “cameras are no good unless people look at them.” He said littering at night in towns is just as bad and everyone needs to take responsibility. He said the photos of the rubbish such as the one below “shows the large amount of off-sales coming out of supermarkets.”

Leitrim County Council said there are mobile cameras in operation that are moved to different bring bank centres.
Members of Manorhamilton Municipal District made an appeal to members of the public to please bring home their rubbish and put them in the appropriate bins.
Cllr Warnock said he is still waiting on a response to his idea to install reverse vending machines for recycling goods.