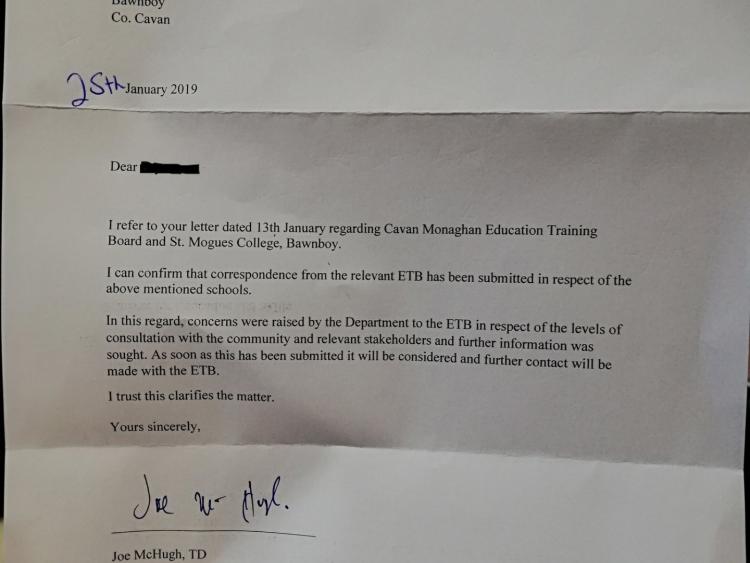 Letter from The Department of Education

The Department of Education and Skills has "concerns" over the lack of consultation with communities in Bawnboy and Belturbet, Co Cavan over the proposed closure of their secondary schools.

A letter received from the Department of Education and Skills to a Bawnboy Community activist says they have received correspondence over the closure of the schools by the Cavan Monaghan ETB.

"In this regard, concerns were raised by the Department to the ETB in respect of the levels of consultation with the community and relevant stakeholders and further information was sought."

Signed by the Minister for Education Joe McHugh, the letter concludes that once further information is received the proposal will be "considered."

Also last week over 200 letters from parents in Belturbet were posted to the Department of Education objecting to the proposal to close St Bricin's College in Belturbet and St Mogue's College, Bawnboy.

Also read: New secondary school in Ballyconnell is not signed off yet