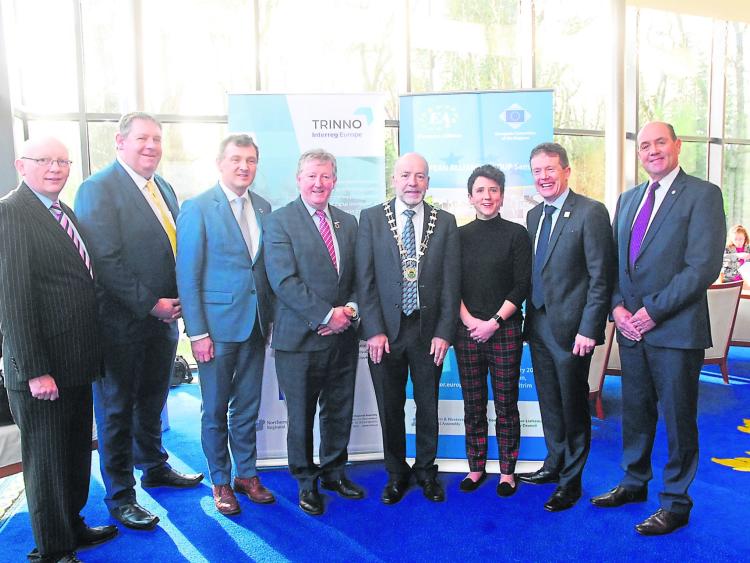 Members of the European Alliance with Ministers and Leitrim County Council

Representatives from across the EU gathered in Lough Rynn Castle Hotel this week to discuss plans and challenges to the rural revival of European towns and villages.

The international gathering not only experienced the beauty and hospitality of Mohill but heard ambitious plans for the rural town to promote itself as a SMART and energy aware town. David Minton, Director of the North West Regional Assembly said he hopes Mohill’s SMART town plan will be used as a test model across Europe. 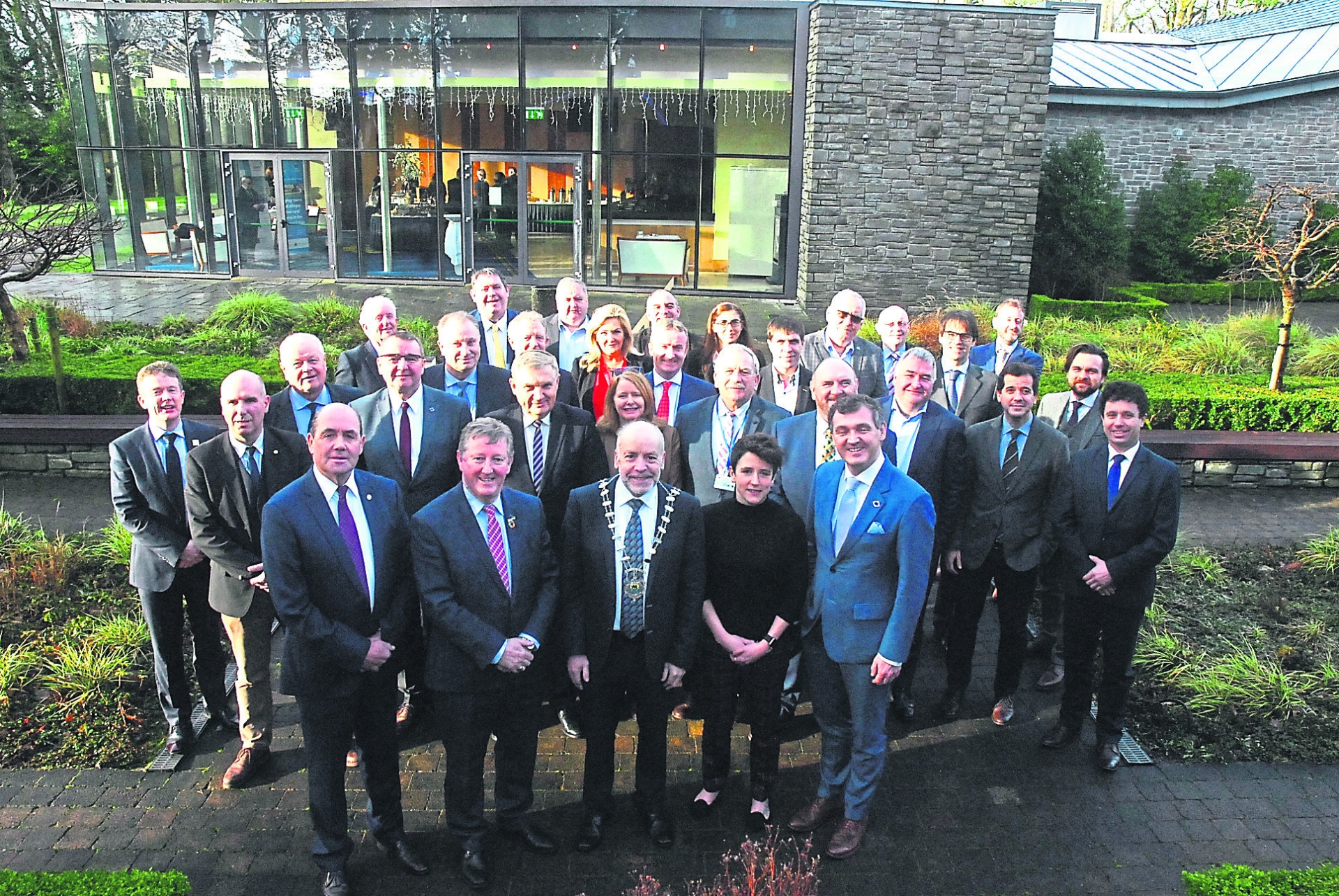 Joe Lowe, Leitrim Enterprise presented the town which has a population of less than 1,000 as a “typical rural town in Europe.”
Once a thriving market town, it has dealt with population decline, loss of jobs and retail and a problem keeping young people living and working in the area.
Working with the local authority and key stakeholders, Mr Lowe explained they allocated a community worker, engaged with the community and created a town team.
Meetings were held with businesses and the local community to identify problems and seek what locals wanted from their town.

Mr Lowe said “this is not a quick fix” but they hope with funding and community involvement they can create jobs and make “clever and SMART decisions.”

Mohill's enterprise centre is being upgraded, training and social media workshops have been held and a new town plan has been created. They are waiting on the results of a feasibility study and have took part in an energy audit and programme, with green energy being a large focus.
There are also plans to create a new town trail and recreation walkways as well as building on the international rowing facility and Lough Rynn Castle Hotel.

Mr Minton complimented the work done in Mohill and said if financed correctly the SMART model could be used as the face of rural revival across the European member states.
He noted that by 2040, a million extra people will live in Ireland and because of that bespoke regional plans are needed. He said they want to make the north west of Ireland the “most connected region in Europe.”
European Assembly President Karl Vanlouwe said rural towns and villages across Europe, but especially in the north-west of Ireland need to be “equipped and prepared for Brexit.”

Brexit was referred to as the “elephant in the room” and was noted as one of the biggest challenges to rural Ireland.
Minister for Rural Affairs Sean Canning said the government have made an “unprecedented commitment” to revive rural Ireland.

Mr Canning said an announcement is due this week on approved plans by the Rural Regeneration Fund. Mohill, Ballinamore and Manorhamilton are all waiting news on their detailed applications to the fund.