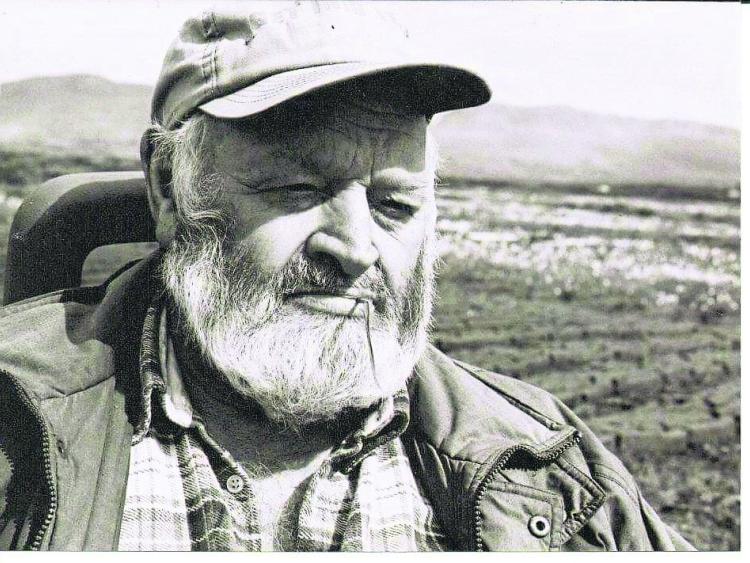 Cycling down Clonliffe Road a half hour before throw-in on Saturday, March 30, will live long in the memory.
Friendly shouts of recognition and roars of ‘Up Liatroim’ were lobbed from the footpath like spade-cut turf from the bank.
I’ve since laid them all out to dry, foot, and clamp, for they’ll come in handy next January when the warmth of the Croke Park experience will feel far gone and the wind and rain is beating in around Pairc Sean.
I know Clonliffe Road like the back of my hand, having cycled it twice a day for the best part of eight years. But it’ll never look or sound quite the same again.
Those memories will resonate around my head in tune with the rattly carrier on the back of my father’s high Nellie.
Jesus he would have loved that gathering; he was the only thing missing.
He’d have been all ado about his outfit making sure it was wild enough to capture the eye of not just Willie Donnellan but some of the national photographers too. There would have been a hat involved – probably the old reliable Stetson or sombrero – plus some other eye-catching accessories.
He was never a great man for Dublin. He found cities too busy. He preferred to be able to take his time. Rambling. Always time to stop in for one more chat somewhere.
The one time he did make the trip I was a student in the capital. It was September 1995 and Leitrim would soon play the All-Ireland champions Dublin in Croke Park in Division 2 of the national football league. (Incidentally, Derry would defeat Donegal to claim the Division 1 title that season while Leitrim would finish mid-table in Division 2, below Cork, Cavan, and Armagh, but above Dublin, Louth, Westmeath and Down).
The game was my first as a member of the Leitrim senior football squad, a milestone also marked that day by Gareth Phelan, and Shane McGettigan.
But football wasn’t the reason for my father’s visit. We had found a two-bedroom unfurnished apartment on Richmond Street, just the city side of the Grand Canal and across from the Portobello (a big Donegal haunt).
Dad was delivering from home a pick-up truck full of furniture. There’s always been spare furniture about our house in Leitrim, the sheds outside crammed with beds and sideboards and the likes.
Mum has always loved collecting nice things while dad was always a magpie for anything free or unwanted. Someone else’s rubbish was potential gold in his eyes.
A purge was badly needed to allow space for more crap to be collected, so I told mum what we required, and dad said he’d arrive up that Sunday evening with the load.
My sister Alison was living with her family in Dunshaughlin at the time and he would collect her husband Clem en route to act as his navigator in the city.
The apartment was above a before-its-time hipster café called The Vertigo. Its booths were filled with beatniks who parked outside their customised Vespas.
We had the second and third floor of the old Georgian redbrick building, two bedrooms, a sitting room, kitchen, and bathroom, for seven of us. One bedroom accommodated just a single bed, so do the maths.
We had amongst us an erudite but flatulent Parisian, a New Yorker born in Mexico who arrived via Rossnowlagh, a US army brat raised on an American base in Bad Aibling, Germany, and four Leitrimites, including my nephew.
We would later be joined by another New Yorker, straight out of Woodside, Queens, with a mother from Kerry and a father from Mayo, and a raft of other temporary residents that called the floor home.
Even for one from a family of twelve reared in a three-bedroom house conditions in our commune were cramped.
On this beautiful Sunday evening we have a kettle and cups and have taken to sitting watching the world go by from the windowsills of the two ceiling-height windows, our legs dangling out over the vintage cinema-style awning of The Vertigo.
It was at the perfect height to make eye contact with those on the upper deck of a Dublin bus. It was the noise that we first noticed.
I was used to the racket of dad’s pick-up around the quiet and isolated roads of home but in Dublin it rattled and reverberated around the concrete cityscape like a chainsaw in an empty can of beans.
Our attention grabbed, we looked down towards the Liffey and saw the trail of smoke still three blocks off, as our American friends would say.
Some of us had descended street side just in time to see him make his final approach. For those of you old enough to remember the Beverly Hillbillies, all that was missing from the vista racing up the other side of the road was grandma in a rocking-chair with a double-barrelled shotgun on top of the pile of furniture.
There was a bus-stop directly outside our gaff and dad pulled a high-speed U-turn stopping directly in the space marked ‘No Parking’.
The load swayed like a lad making his way down the main street of Carrick-on-Shannon at 1am on a bank holiday Sunday, but just held true.
Clem emerged white-knuckled from the passenger seat. “Red lights mean nothing, one-way streets mean nothing. I feared for my life,” he whimpered.
Dad peals himself out of the pick-up like John Wayne dismounting his steed. “The Mayor of Tullaghan has arrived,” he declared.