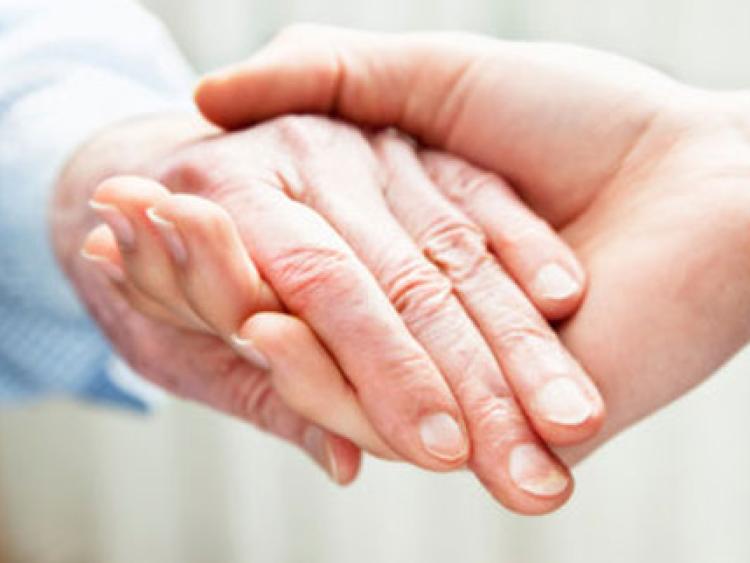 According to a local councillor the HSE budget for home help hours has been “spent” for 2019 and there will be no allocation of extra hours for new or existing patients this year.

Cllr Caillian Ellis said the lack of home help hours is “neglect of the elderly and the sick.”
Sinn Féin Cllr Caroline Mulvey is calling for the HSE to explain why they are not replacing retiring home help carers and to outline their budget and hours for 2019 compared to last year.
Cllr Mulvey said a public health nurse told her “the budget for home help is spent, there are no extra hours available to new or existing patients.”
Cllr Paddy O'Rourke said “there have been protests for much less.”

Highlighting the major issue with home help in the Sligo Leitrim region, news emerged this week that a 92- year-old man has spent over 75 days at Sligo University Hospital, despite being well enough to go home after one week. It is understood this man is still in hospital due to a lack of home help hours.

Responding on Wednesday, May 1 the HSE told the Leitrim Observer: "The allocation of funding for Home Support across the system, though significant, is finite as services must be delivered within available resources.  Despite the significant level of service provision the demand for Home Support continues to grow.  All those waiting are assessed and provided with a service based on clinical need and as soon as resources become available."

The HSE informed the paper that in Sligo/Leitrim in 2017 the total number of Home Support hours provided was 407,295.93 which does not include Home Care Package hours.

In 2018 the total number of Home Support hours for Sligo/Leitrim was 488,074.40 inclusive of Home Care Package hours.

Cllr Caroline Mulvey, at the Ballinamore Municipal District meeting this week, requested Leitrim County Council write to the HSE to explain why they are not replacing staff when home care workers retire.
She said, “We urgently need more home care hours for patients wishing to remain in their homes.”
She told the meeting that three people recently retired from home help in her area and only one was replaced.

She said some carers are working “seven days a week with no days off.”
She said a public health nurse told her “the budget for home help is spent, there are no extra hours available to new or existing patients.”
Cllr Mulvey said she understands that 30,000 home help hours were cut from the total 400,000 in 2017 but she doesn't know what the figures were for 2018.
She said she has been told by people that when they call up the HSE enquiring about home help applications for new hours they are told to contact private providers if they are not successful in their application. She commented: “This is not acceptable.”

Cllr Ellis said he knows of elderly people paying over €100 a week out of their own pension for private home help and he has heard of families paying up to €300 for private care for a weekend. He said it is “unacceptable to treat vulnerable people this way.”
Serious questions were raised from local councillors with regard to how the HSE could have spent its budget just four months into the year.
Cllr O’Rourke said, “there might be protests yet.”
The councillors praised the amazing work of home help carers and agreed that paying for home help hours is cheaper than putting people into nursing homes.
Cllr Gerry Dolan said “health should come first.”
Cllr Brendan Barry said families are at breaking point over this issue and people are talking about it on the doorsteps.

Fianna Fáil TD for Sligo-Leitrim Eamon Scanlon has expressed his concern following an increase in families contacting the Deputy for help in securing home help hours. Deputy Scanlon commented: “There is a growing concern among constituents that home help hours are coming to a halt. I have been contacted by many families who have a loved one awaiting the provision of hours only to be left waiting indefinitely.

“I am also aware of hours being cut. One such woman has been receiving 45 minutes of home help hours every morning which has been cut by 15 minutes. Her husband, after waiting for a long time for hours to be assigned, then received 15 minutes in his own right. It is a disgrace.

“There is an obvious shortage of staff and funding for such staff. We must be encouraging people to grow old in their own homes. This can only be facilitated with the support of home help hours which are not forthcoming.

“I intend to raise this with the Minister for Health. Those requiring home help hours should not be left waiting without any hope or indication of hours,” concluded Deputy Scanlon.

Ambulance
Cllr Barry also called on the HSE to provide day care services in Ballinamore Primary Care Centre and to provide an emergency deployment point for an ambulance crew to reduce the long response times in south Leitrim.
He said parts of the primary care centre is “lying idle.” He also argued that having a deployment point at the centre would help reduce the long wait response times in this area.
Cllr Ellis said that the possibility of a second ambulance for south Leitrim was raised at a HSE meeting and one official said it would be more beneficial for the extra ambulance to be based in Sligo as this would allow the Carrick-on-Shannon ambulance to return to base and not be tied up in Sligo.
Cllr Ellis also noted there is just two staff caring for 20 patients at night in Ballinamore Primary Care Centre.
The HSE was contacted for a comment in relation to the home help budget and replacement of staff but failed to respond at the time of going to press.

Also read: A lot of problems with HSE in Leitrim says local councillor