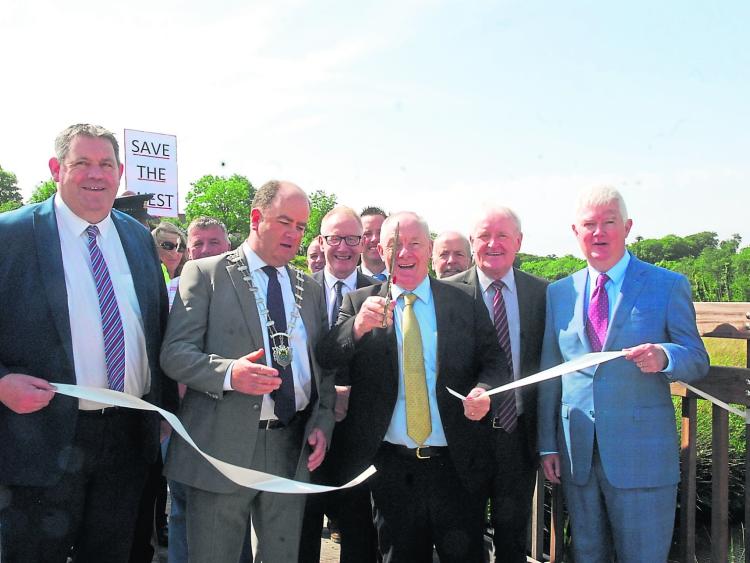 Leitrim has been promised funding from the Department of Rural and Community Development for projects that are “shovel ready.”

Minister Michael Ring told the paper “every town and village in Leitrim has benefited from the establishment of my department two years ago.”

With the whiff of a general election in the air, the minister told the paper that he wants to give funding to Leitrim and promised that if projects under the Rural Regeneration Scheme show that they are ready to start, have all their paperwork in order and are waiting to bring in the machinery, “I will give it.”
When questioned about the lack of grant funding to Leitrim greenway projects this year, Minister Ring stated “the reason is, they are not ready.”

He said previous funding allocated to progress both greenways; the SLNCR and the Cavan-Leitrim railway “has not been spent, I cannot provide more funding if what I granted is not spent.”
He said he understands the difficulties are being sorted out and he complimented the landowners who are working with Leitrim County Council to make everything legal in relation to land access.
“When ready I will give them funding,” he stated.

While Carrick-on- Shannon is moving forward with it's Rural Regeneration programme which received €8.67m last year, Manorhamilton and Ballinamore were disappointed they fell short of the grants in 2018.
Minister Ring said the application process for this year's round is open until August 5.
He said he will not give funding to schemes that are not ready to proceed, “when they are ready, I'll give it.”
He said he is also looking forward to seeing an application from Mohill.

The Minister informed the paper in 2018 he granted a total of €5.54m to Leitrim projects and in 2019 so far he has sent €2.5m to this county.
“I am happy to provide the funding, I want to support Leitrim and the west.”
He once again complimented the co-operation between bodies to make the Blueway in Drumshanbo such a success and said the “visitor numbers speak for themselves.”

Coverage of the Minister's visit to Drumshanbo and Mohill in paper this week.