Sunshine and storms at Carrick-on-Shannon Regatta 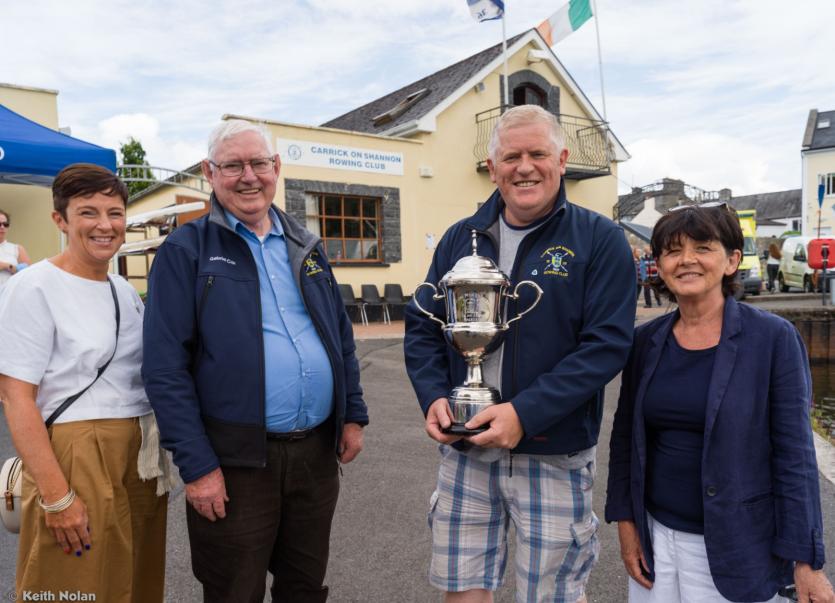 Mother Nature threw everything at Carrick Regatta this weekend but failed to dampen another wonderful day on the banks of the Shannon. From early morning participants enjoyed flat calm sunny conditions ideal for rowing as 17 clubs gathered for this annual celebration of sprint rowing.

For once we were not the first people out on the water as the mighty Fló Beo Team continued on their journey starting at Moonriver dock. We wish them well in their continued journey down the Shannon.

The members and committee are very grateful to all our sponsors, participants, coaches and supporters for making the day so very special for us all. As always it was brilliant to see so many young participants pick up there first racing experience at Carrick Regatta while some of our older particpants have raced in Carrick for over 50 years. Such is the diversity that can be experienced in the sport of rowing.

Unfortunately for everybody involved some of our annual highlights had to be scratched as thunder and lightning decided to intervene in our regatta programme. Despite this we did manage to send off 90 of our 113 races with racing from 8.30am though until 5pm.

Amongst the highlights of the day was the very special presentation at lunchtime of the new Tony Keane Memorial Trophy to club Chairperson Mr. Gabriel Cox by his family Annette Auhl, Michelle Holmes and Tony Keane Jnr.

Our late President was a solid fixture at Carrick Rowing Club and Carrick Regatta for as long as can be remembered and this trophy for most successful club will ensure his memory lives long into the future.

We are appreciative that the moment was captured by one of Tony's good friends and honorary life member Keith Nolan. Later in the evening Carrick Rowing Junior members were honoured and delighted to be the inaugural recipients of these new trophy for their successes on the day.

This brings the racing season to a close at Carrick Rowing Club take a break for the month of August. We will return to training and competition when school returns in September. The club is brimming with talent which we will build on and develop in the new season. Prospective new members may contact us at carrickrc@gmail.com We would also love to hear from former rowers who may wish to rejoin the sport mentoring or in a social rowing capacity.