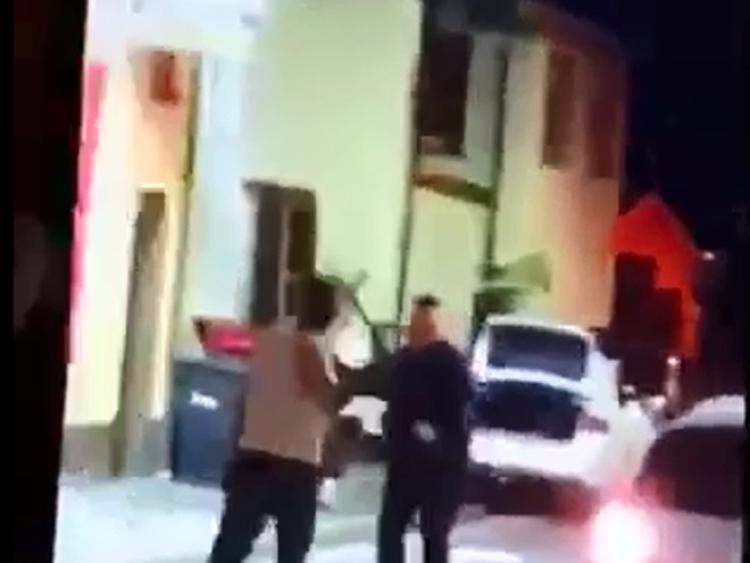 A screenshot from the video of the fight on social media

Carrick-on-Shannon Gardai  arrested one male at the weekend  and are continuing investigations into an “isolated” incident which saw a machete produced during a fight in the county town.

Two men who are “known to each other” and are local to the area were caught on the newly installed CCTV in the town, Gardai said the live footage meant they could “respond quickly” and one male was arrested at the scene.

Gardai said the CCTV provided them with “irrefutable evidence” and all parties involved in the fight were identified.

A video which shows a machete and another weapon produced in the fight was captured by an eye witness and has been shared on social media. The incident occured between 10-11pm on Saturday night, August 17.

Gardai said the CCTV has already proved to be “very worthwhile” and more charges may be added. Gardai said they are treating the case “very seriously.”

Meanwhile Gardai said they had a large policing presence at Ballinamore Family Festival at the weekend and in Mohill after the agricultural show, they are happy to report no major incidents in both towns.