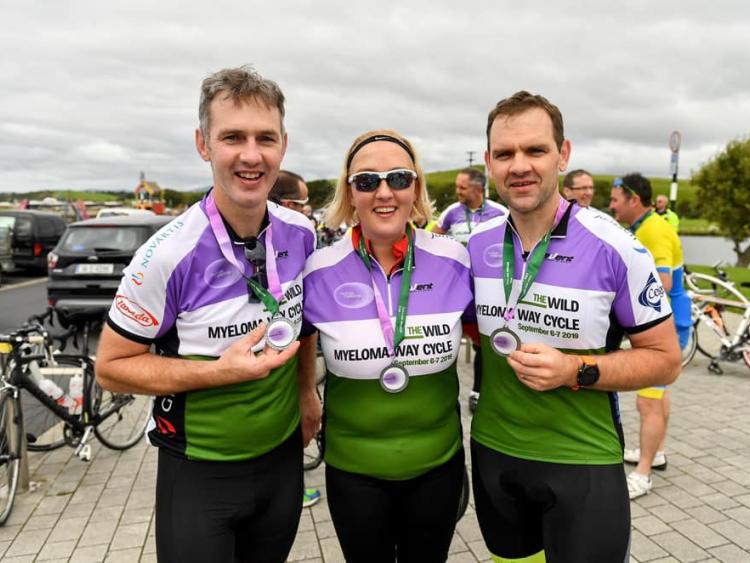 The challenge of the inaugural Wild Myeloma Way cycle was held last weekend, September 6 and 7 in Galway and Mayo to raise money for Ireland’s only charitable organization focused exclusively on supporting Multiple Myeloma patients, families and carers. 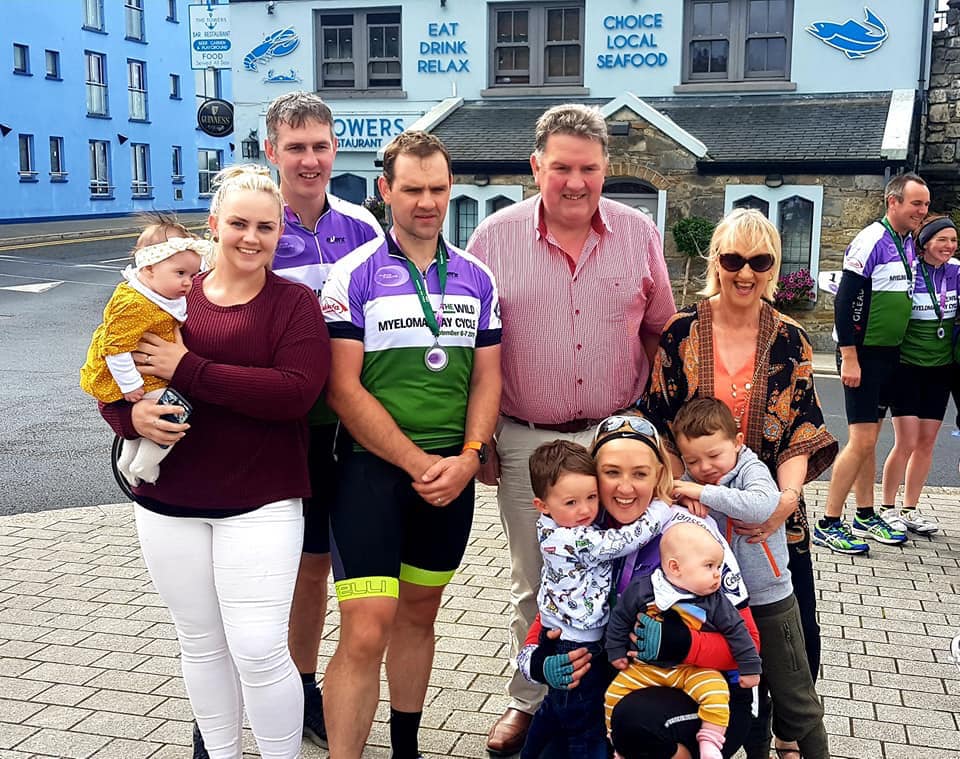 Ger Walpole (Advanced Nurse Practitioner in Haematology, Sligo University Hospital) with the Shanley family at the end of the cycle last weekend

This cycle was organised by Multiple Myeloma Ireland in conjunction with September being blood cancer awareness month.
The Shanley siblings from Dromod took part in the challenge to help fundraise and to say thanks for the help and support they received following's their father's diagnosis.
Tom Shanley was diagnosed with Multiple Myeloma in 2012.

Selina said: “None of us were familiar with it.” Under the care of the Haematology and Oncology staff in Galway University Hospital and Sligo University Hospital, Mr Shanley underwent aggressive chemotherapy and a stem cell transplant.
This type of treatment was revolutionary only a few short years ago and now thanks to research funded by charitable organisations this treatment is now standard practice.
“Over the years, Dad has continued to be monitored by his team and they continue to research and develop treatments and support patients and families just like ours,” explained Selina.

The three siblings had to juggle their training for the event with young families to look after and businesses to run. But it was worth the effort, the family got a huge response and raised over €2,500 for the charity.