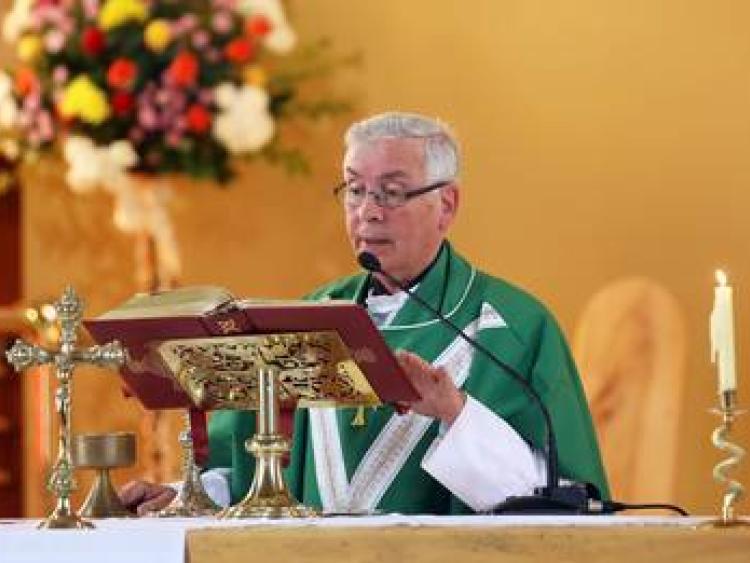 Speaking from the pulpit at Our Lady of Lourdes church in Ballyconnell on Saturday night and again in Kildallen on Sunday morning, parish priest Oliver Reilly hit out at the people behind the kidnapping and torture of local man Kevin Lunney. He condemnded the attackers, the organisers and the "paymaster."

Fr Oliver O'Reilly also criticised those who made "angry rants" at public meetings and online.

Fr O'Reilly said he was on holidays when he heard the news: "I was totally shocked and angry at this depraved act and scandalous attack on an innocent and powerless man by hired savage thugs. The prolonged torture, imposed suffering and life changing inflicted injuries on this decent family man is a modern form of crucifixion deployed by terrorist groups such as Islamic State. This tactic is used to frighten, intimidate and terrorise ordinary people. This well planned and well organised abduction could only have happened when some person with ulterior motives agreed to pay these criminals a sum of money and give instructions on what he required to be done to an unsuspecting victim.

"As well as condemning the perpetrators of this vile act we also need to forcibly condemn the paymaster or paymasters. Some devious people are so consumed with hatred and enmity that they lose their moral compass and are prepared to hire the most ruthless of criminals to achieve their sinister goals. They also become compulsive liars. The fifth commandment of the Church is  “Thou shall not kill” and it is important to point out that this includes a strict ban on the infliction of injury on another human being especially torture.

"This senseless atrocity follows years of threats, abuse, lies and various forms of violent intimidation, against the Directors of Quinn Industrial Holdings. Maybe some people in our region need to examine their consciences about their angry rants at public meetings and defamatory statements on one or more social media sites.  They need to face the truth that their diatribes added to that climate of intimidation and incited hatred leading up to this dark deed. Let them now take responsibility for their actions and learn lessons.

"I believe this long reign of terror now threatens the lives and livelihoods of all people living in this region from South Fermanagh, South Leitrim, West Cavan and various Eastern European Countries.  There is a false narrative out there promoted by a small group of people in our midst that needs to be challenged. The Directors of Quinn Industrial Holdings are not usurpers but quality leaders who courageously took on the management of this company at a time of crisis. Most of them previously worked tirelessly in this and related businesses for many years before all went into administration in 2011 which was not of their doing. I am not competent to speak on these issues. I only state what happened.  These men lost their jobs at the time of administration and only came back at the end of 2014 to manage this company in order to save jobs in our region. They have excelled in their endeavours and expanded the workforce to 830 staff. Our support and respect for them has been well earned, and is well deserved.

"I, for one and many others like me have been far too complacent as we  thought the intimidation campaign would eventually peter out.  We have all been hoodwinked. I now believe there has been a Mafia style group with its own “Godfather” operating in our region for some time behind the scenes. They have decided to ratchet up the intimidation.  The rubicon has now been crossed by this most recent barbaric assault.

"Firstly, I wish to apologise to Kevin Lunney and the extended Lunney Family and the other Directors of Quinn Industrial Holdings for my own ambivalence in not speaking out more forcibly about their safety until this weekend. Friends, there is now an obvious cancer of evil in our midst that needs to be exorcised before someone is murdered and the norms of human decency and mutual respect that we all believe in and treasure are destroyed before our eyes. I believe the vast majority of people in this region are peace loving and law abiding. However, we are now held to ransom by a few unscrupulous individuals who are hugely dangerous.

"You cannot compromise with evil and violence of this nature. We can no longer behave like the ostrich by putting our heads in the sand and pretend that life is normal in our area. This recent crazed assault has caused national revulsion, so how should we feel. Jesus did not call on us to be silent witnesses when others are tortured. We know from the gospel stories that he confronted evil and violence at every opportunity. Pope Francis has recently challenged people of faith and non-faith to demilitarise their hearts and minds. Let us start this process with ourselves and invite others to do the same. To stretch the context of today’s Gospel parable somewhat, could we imagine the Lazarus figure as the powerless and defenceless Kevin Lunney at the gates of the powerful paymaster and his criminal gang and recognise the sheer injustice of the situation.  You and I have to decide if we will continue to wash our hands like Pontius Pilate and say it’s not my concern. Please don’t do that, at least feel the shame and share your outrage with your neighbour.

Surely this Border Region has enough to contend with, faced with the prospect of a hard border without these self-inflicted wounds.  We encourage the law enforcement agencies both North and South to do their work and deal with this criminal element of bully boys.

We do not want to see our precious christian principles shredded before our eyes.  This region and its resources belong to all it’s hard working citizens."

The priest said he has come in for praise and critcisim sicne his speech.