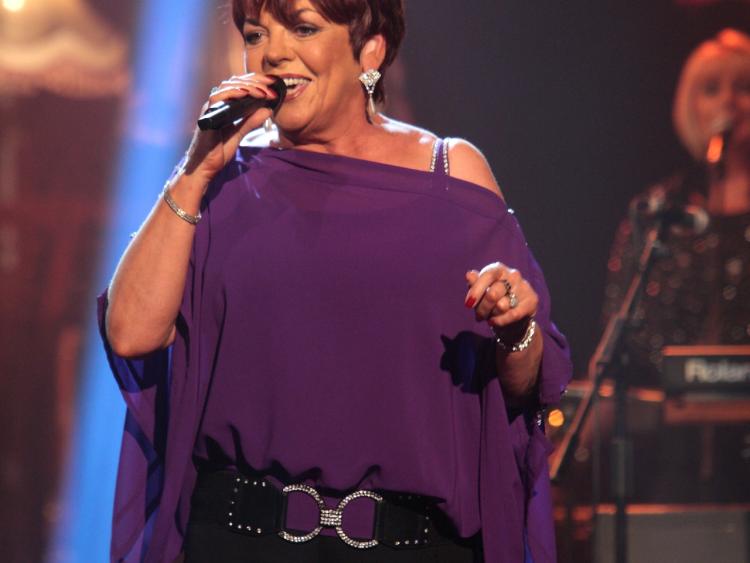 Susan McCann: First Lady of Country music in Ireland and abroad is performing live at The Coleman Music Centre this Saturday, October 12 at 8.30pm.

There is no stopping Susan McCann, Ireland’s First Lady of Country music and even after over 40 years in show business she continues to diversity, forge new career paths, win awards and gain even greater admiration for her talents from fans and music industry chiefs both at home and abroad.

What is the secret of her success in the competitive cauldron that the Country music scene in Ireland and internationally can be?
Well perhaps it is down to the sincerity she has shown since starting out as a teenage singer at 16 of always putting the fans first and to diversify for their demands.

Susan’s hit songs spring to mind whenever the First Lady of Country’s name is mentioned such as Broken Speed of the Sound of Loneliness to her first number one Big Tom is still the King to her European Gold Star Award winner in Holland While I Was Making Love to You to the multi-lingual When the Sun Says Goodbye to the Mountains – some of which she sings in French.
Her iconic hit String of Diamonds medley (bits of the hits) has now given its name to a range of jewellery and cosmetics.
But there’s more to Susan than singing. She has successfully co-hosted her own TV series, presents a syndicated radio show, entertained two former US Presidents, shared stages with the greats of American Country including Dolly Parton and Tammy Wynette gigging from Newry to Nashville to Norway, to St Petersburg in Russia to South Africa to Florida’s famous Strawberry Festival to Switzerland.

Awards have come her way aplenty, over 50 in total, with the latest being inducted into the UK’s Country Music Hall of Fame in November 2017, only the second performer from Northern Ireland to get this honour, the other being her great friend from the music scene Philomena Begley in 2003.

Susan’s winning ways go back even further than the aforementioned European Gold Star Award (Country music’s equivalent of the Eurovision) in 1982 to twice winning the International Country Singer award in the hotbed of Country, Texas, USA.
The awards include RTE’s Singer of the Year for five successive years as well as being voted Ireland’s National Entertainer of the Year and being presented in 2010 with The Sunday World Hall of Fame Award and the Northern Ireland Lifetime Achievement Award.

The array of Gold Discs and Silver Discs that adorn the walls of her home in Newry are testament to her massive album sales over the years.
Tickets are on sale call (071) 9182599 or colemanirishmusic.com. Admission is €20.