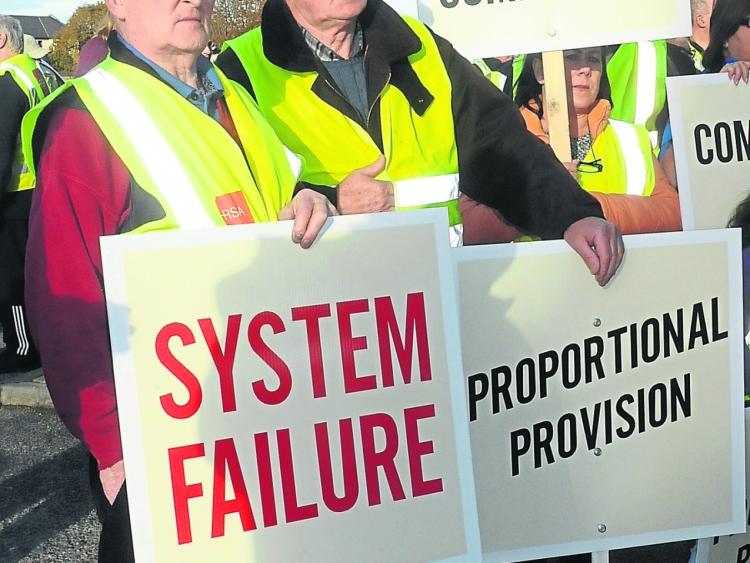 The peaceful protest against the arrival of 130 asylum seekers with no consultation or information on added services held an over night vigil at The Rock Quarter, Ballinamore.

A number of locals are taking shifts to keep a 24/7 silent protest at the development which is planned to house 130 asylum families in the coming weeks. The group set up a marquee cover, lit a bonfire and had chairs outside the complex which includes Tesco and Fresh Today.

The newly formed Ballinamore Communtiy Group say they will continue to protest until the government listen to their pleas. They say they cannot accept a 15% increase in their population. They are adamant there is no issue with the asylum seekers and are happy to "take a fair share." The protest is purely about the large number proposed for the Rock Quarter and the lack of consultation or information from the Government on what services will be provided for the asylum seekers.

A meeting between representatives of the group and local politicans is planned with department officals on Thursday.

Also read:Ballinamore residents call on the Department of Justice to halt adylum accommodation