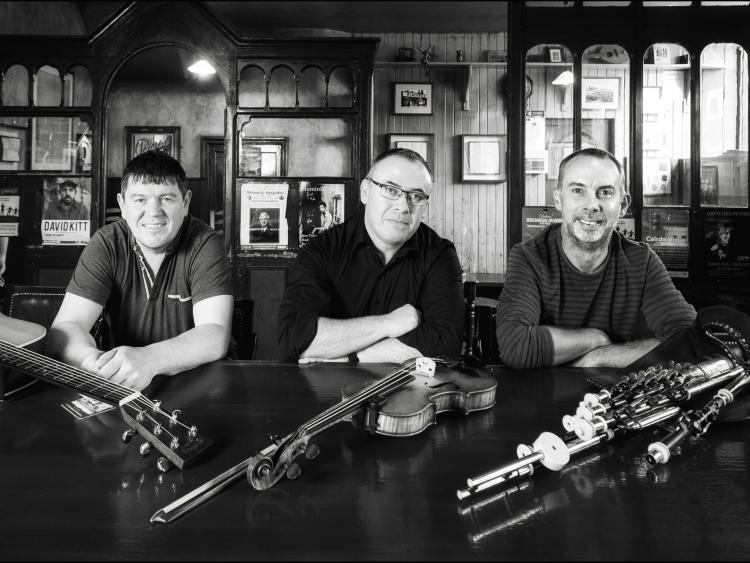 Leonard Barry, Declan Folan and Shane McGowan will bring their new album to The Dock

Leonard Barry, Declan Folan and Shane McGowan will perform at The Dock Carrick-on-Shannon next Wednesday, December 11.

This multi award-winning Sligo based trio draw their music from their native counties of Sligo and Kerry. Barry (uilleann pipes), Folan (fiddle), and McGowan (guitar) are three musicians whose playing really stands at the top of the game.
The newly released album Hurry the Jug is an accomplished coming together of reed and string and was released at the All Ireland Fleadh in Drogheda earlier this year.
The trio will appear in The Dock in Carrick-on-Shannon to perform tunes from the new release and from their extensive repertoire.

The Irish Music Magazine has called Hurry the Jug “a big meaty album of Irish traditional music, or a full-flavoured fried tofu feast if your'e vegan.
It's seriously tasty either way: pipes, fiddle and guitar from well known names, put together perfectly.”
The Irish Echo stated: Barry, Folan, and McGowan have a superb chemistry, revealed through the lovely tune choices, with the result being a taut album filled with beautiful tuneage.

These three highly regarded players have shared the stage and recorded with some of the greats of music including Zakeer Hussain, Dervish, Kevin Burke, Lunasa, Sean Keane, Lisa O’Neill and Luka Bloom to name a few.
For bookings contact The Dock box office directly at (071) 9650 828 or you can book online directly at www.thedock.ie
Join us for what promises to be a great night of music.