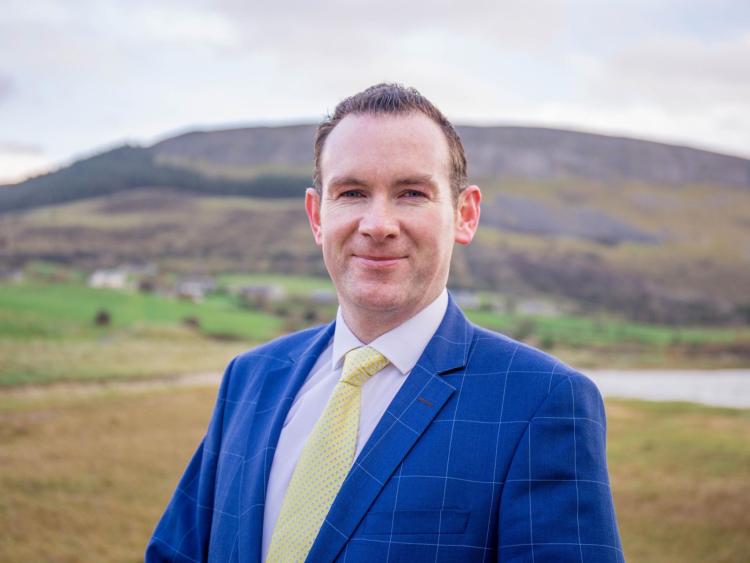 Cllr Walsh, from Ballygawley, Co Sligo was added to contest the constituency during a meeting of Fine Gael’s Executive Council tonight (Tuesday). It is the first time he will contest a General Election and at the age of 34, Cllr Walsh will be the youngest candidate in the constituency.

This is the second Fine Gael candidate - with Senator Frank Feighan already running - to be selected.

Cllr Walsh, who was elected to Sligo County Council in the Sligo-Drumcliff electoral area in May’s local elections, said he is determined to get the best possible result for Fine Gael in the next General Election.

“I am honoured and privileged to have been selected by the Fine Gael party and to stand with other people, including Senator Feighan, who have stepped forward to run in this crucial coming election. I accept the nomination with a deep sense of gratitude to those that have confidence in me to be one of the Fine Gael candidates in the Sligo, Leitrim, South Donegal and North Roscommon constituency.

“I pledge that I will put every possible effort into getting Fine Gael back into Government. My election party campaign will be marked out by its enthusiasm, by its policies and by plain old-fashioned hard work and by a successful election outcome.

“My track record of project and political success to date is grounded in my energy, sense of initiative, enthusiasm and commitment to serving the needs and interests of the public. I believe in a positive political style of campaigning and politics. I plan to be part of the solutions team.

“As a new Fine Gael candidate for the next general election, I am focused on the need to bring a new energy to democracy and to politics. Having experience of being a practical representative at local level, I am familiar with the nature of public representation work and what it involves - meeting people, listening to their concerns and working to help local development which is a rewarding and challenging experience,” Cllr Walsh said.

Thomas Walsh is from Ballygawley, Co Sligo. He has an Honours Degree in Public Health and Health Promotion at Sligo Institute of Technology and is a former student of Kilross National School, Coola Post Primary.

Thomas Walsh has a proven track record in working with multiple local voluntary community groups across Sligo, in support of voluntary sector activism and community development projects over many years. He holds a position on the executive of most of these bodies, including sporting facilities, rural economic and social development, community job creation, social inclusion and in developing leisure time public amenities.

For the past 15 years, he has been a committed member of Fine Gael. Thomas was appointed as a Local Area Representative in 2016 by the Executive Council and has worked extremely hard to ensure East Sligo has a strong and active voice. He previously worked as a Dáil parliamentary assistant and then a Ministerial Aide to former Fine Gael TD, John Perry in the 31st Dail.

In the May 2019 local elections, Thomas was elected as a Fine Gael councillor. He had the distinction of achieving the highest first preference percentage FG vote of all Fine Gael candidates in County Sligo.