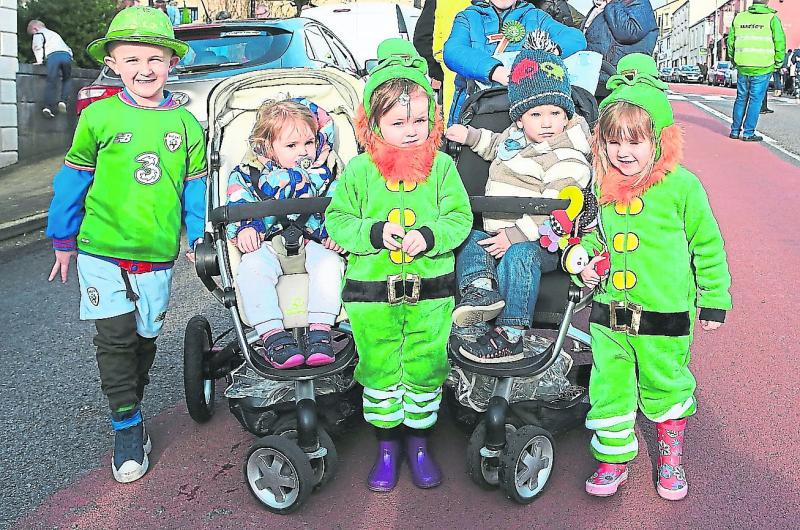 Plenty of smiles for the St Patrick's Day Parade in 2019

The build up to a month of celebrations in Leitrim GAA began at the start of this month when the county's Senior footballers secured promotion to Division 3 and also a place in the Division 4 Final against Derry in Croke Park.
Local bus providers were booked out in advance of the big match that saw the Leitrim footballers make their first trip to Croke Park since 2006. Thousands of Leitrim people attended on the day, coming from all corners of the globe and turning headquarters into a sea of green and gold. Unfortunately, it wasn't to be as Derry ran out narrow winners.
Meanwhile, in March, Leitrim County Council pushed ahead with its plans for an €8.6 million redevelopment and refurbishment of Carrick-on-Shannon.
At the March meeting of the Joint Policing Committee, Supt Kevin English expressed his concern at the levels of violence and aggression shown towards local gardai in the past year.
He said the increased level of violence at night is a concern and he must balance the resources being used in Carrick-on-Shannon against the other demands of the county.
There was positive news on the business front this month with the news that The Shed Distillery and Carrig Brewing Company, both of which are based at The Food Hub in Drumshanbo, won prestigious awards.
The now world famous Gunpowder Irish Gin, distilled and bottled at The Shed Distillery was voted Best Gin at the Flavier Spirit Awards in New York.
Carrig Brewing Company also had reason to celebrate after winning a silver and three bronze medals at the Alltech Craft Brews Awards in Dublin.
It was the end of an era in Mohill on Friday, March 15, with the closure of Gannon's Drapery. The premises was an institution in the town and had been operating under the name Gannon's since 1906.
The Agricultural Land Price Report showed that Leitrim had the highest percentage of forestry sales in Ireland last year (2018) with almost 20% of land sold for forestry.