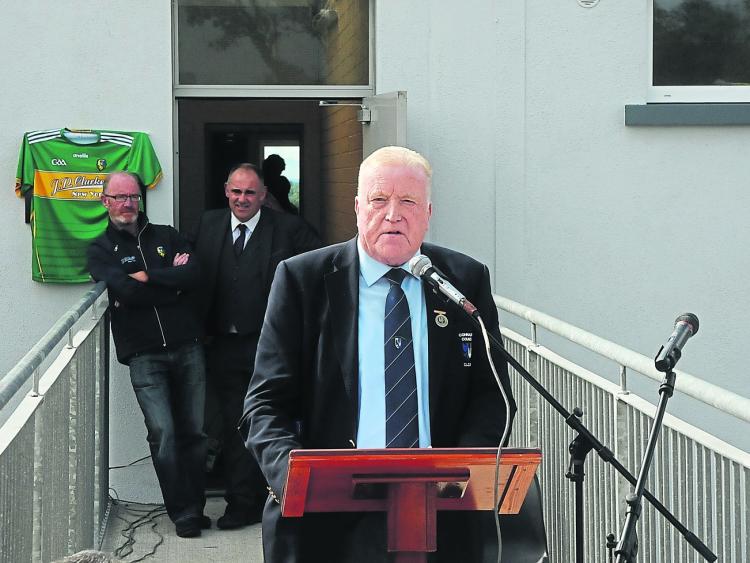 In his President's Address to Connacht GAA's Annual Convention last night, Cloone's Gerry McGovern warned: "Having read reports from County Convention all around the Country, it is apparent that the expenditure of county team preparation is totally out of control to an extent that it cannot be sustained."

Mr McGovern added: "Act Now before this out of control machine crashes. Collectively the figure spent on Intercounty teams in the last year is in excess of € 30 million, with some Counties spending well over the million mark.

"This cannot continue. Why are we so obsessed with spending millions on intercounty teams when there is very little evidence that expenditure of this nature has brought any County nearer to winning an All-Ireland?"

Mr McGovern proposed two suggestions as means to tackling the issue of overspending on intercounty teams.

Firstly he suggest "A capped budget for each county team should be agreed between County Boards officers and the National Financial Management Committee with only provision for Percentage Incremental increases, success related to be incorporated."

Mr McGovern also suggested "A projected budget is agreed at the start of the year, and following the teams exit from all competition, a transparent and itemised report of how the budget was spent is forwarded to the County Executive, to the Provincial Council, and to the National Financial Management Committee."

Mr McGovern added: "The players themselves are saying ‘scale it back, Commitment, time and professional standard setting, has gone too far. Enjoyment is leaving the game.’ Others are asking ‘that it becomes more enjoyable again and less of a non-stop chase’."

The new year has seen further changes to the playing rules with Mr McGovern expressing the opinion that it is time for the alterations to stop, arguing, "Leave our rules alone because when implemented properly the rules of Gaelic games have served us well."

Read the words of President of the Connacht Council Gerry McGovern as he addressed those in attendance at the Connacht GAA Annual Convention tonight https://t.co/lQ8CptDorT

Mr McGovern's President's Address can be read in full by clicking here.