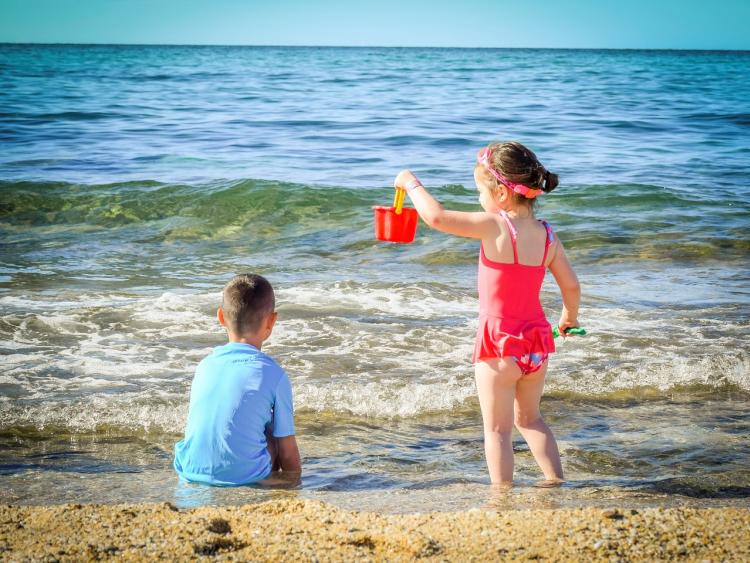 Health experts are encouraging parents to ensure young people in Leitrim to protect their skin in the sun as new research shows that nine out of 10 schoolchildren in Ireland have experienced at least one episode of sunburn.

The report, published today by the Institute of Public Health and NUI Galway, examines for the first time children’s exposure to ultraviolet (UV) radiation from the sun and sunbeds, UV skin protection behaviours, and sunburn. It will be used to inform implementation of the National Skin Cancer Prevention Plan.

The report found that eight out of 10 schoolchildren reported wearing sunscreen, while seven out of 10 reported using sunglasses on sunny days.

However, the adoption of other sun protection measures, like covering up, wearing hats and avoiding peak UV hours, were less consistent.

Just 32% of schoolchildren reported that they avoided peak UV hours of the day. Around 50% said they wore protective clothing to cover arms and legs when in the sun, while 17% reported never using sunscreen.

The report also found that 3% of children said they used a sunbed in the last 12 months. While the report found sunbed use by children under 18, it is not clear how much of this use is occurring in commercial premises. Providing a sunbed service to anyone under the age of 18 is contrary to Irish law as outlined in the Public Health (Sunbeds) Act 2014.

Dr Helen McAvoy, from the Institute of Public Health and co-author of the report, believes the message to protect skin when outdoors has never been more important as people spend more time outside during the Covid-19 restrictions.

Dr McAvoy said: “The frequency of sunburn found in this report is concerning and shows there is a need for focused action and research on skin cancer prevention. Being outside and keeping active is good for children’s physical and mental health, but they also need to be sun smart. As measures to prevent the spread of Covid-19 are still in place, and as school holidays start, it is likely that more children will be outdoors playing.  We need to ensure that people are not over exposed to the sun, avoid peak UV hours, use sunscreen, and wear sunglasses, hats, and clothing to cover arms and legs.”

Prof Nic Gabhainn added: “This is the first time that children’s sun behaviours have been comprehensively recorded in Ireland, and it’s clear that this area requires focused development to protect children. This survey data will be important for planning future awareness programmes and targeting resources to those children and families who most need it.”

Dr McCarthy said: “We are delighted to have linked with the Institute of Public Health and NUIG to deliver a comprehensive profile of school-children’s risk and protective behaviours relating to UV exposure as outlined in the National Skin Cancer Prevention Plan.  UV exposure during the first 10–15 years of life makes a disproportionately large contribution to lifetime risk of skin cancer.  This report will inform development of resources and implementation of programmes to support children and young people to enjoy being active outdoors safely. By adopting the ‘SunSmart 5 S’s’, the majority of skin cancers caused by UV sun exposure could be prevented.”