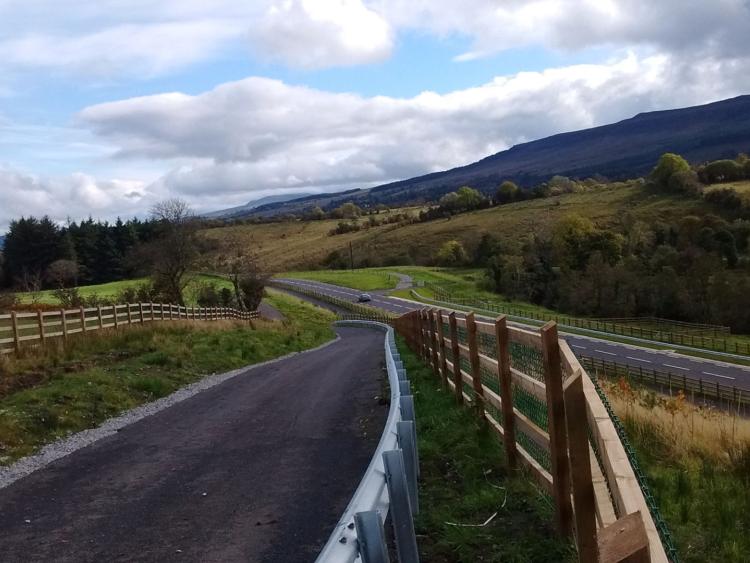 With a new SLNCR Greenway demo stretch in Manorhamilton as well as in Glenfarne and Dromahair and on top of the new Greenway in Ballinamore a very important question arose at Manorhamilton Municipal District meeting last week - who cuts the hedges?

“The new SLNCR Greenway stretch in Manorhamilton has proved to be very popular as is evidenced by the numbers both walking and cycling on it. However some people are complaining about how overgrown the hedges along the walk have become,” said Cllr Frank Dolan before asking does the council have any role in maintenance.
The council replied that the “landowners are responsible for the maintenance of the hedges bordering their land and the public road.”
But this answer did not go down well with the councillors.

“Are you saying that farmers who gave up land for the greenway are now responsible for the hedges?” demanded Cllr Justin Warnock.
He went on to ask “If we cannot maintain 1km what will be do when we have 40-50kms of greenway in the county?” - referring to the hope that the 75km SLNCR greenway would join up with Sligo and Fermanagh as part of the Sligo Leitrim Northern Counties Railway route.

In Ballinamore work is progressing on the Cavan Leitrim Railway Greenway from Beltubet, Co Cavan to Mohill, Co Leitrim.
Cllr Dolan said “it is such a great facility it would be a pity to see it neglected.”
Leitrim County Council is preparing for the process of selecting a design consultant for the latest section of the SLNCR Greenway.

This month the local authority received €500,000 from the Department of Transport, Tourism and Sport for the design and planning of the section from Collooney to Blacklion.