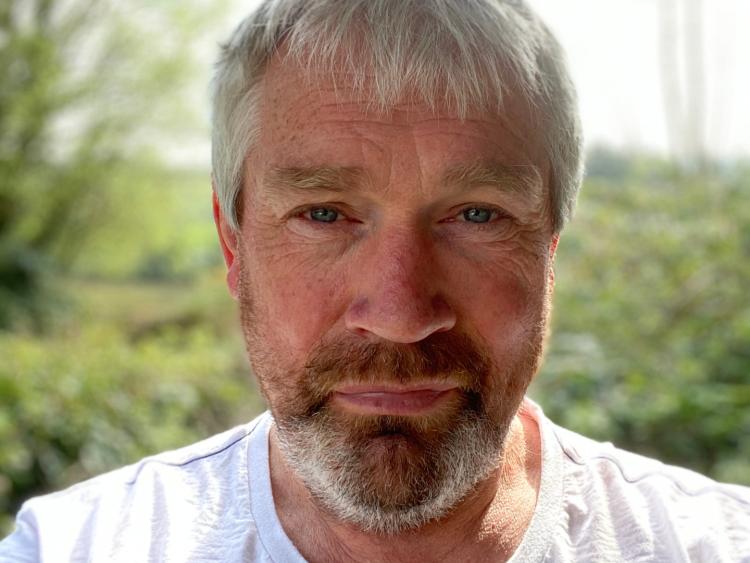 If there was ever a man with the perfect turn of phrase to evoke memories, erupt laughter and conjure sadness it is: Seamus O'Rourke.

His new book Standing in Gaps is a memoir of his childhood and early life which also chronicles the comedy and calamity of growing up in Leitrim. It is funny, charming and simple; a life that we can all relate to.
As he says himself “This is no rolling stone life, there was no major trauma just normal, ordinary life.”

Seamus says “The book is going great,” and he got a “great boost” from his recent interview on RTE’s Countrywide.
He said locals love it as they know many of the characters mentioned, but the characters he writes about are reflected in every townland and parish in the country, we all knew them.

This book was written and recorded during lockdown, but O’Rourke had been planning to write the book this Summer anyway - it just got brought forward a few months. He said he did enjoy the early lockdown; “the good weather, the quiet roads” and writing his memories.
He calls it a “love letter to the past.” Seamus loves being from Leitrim. 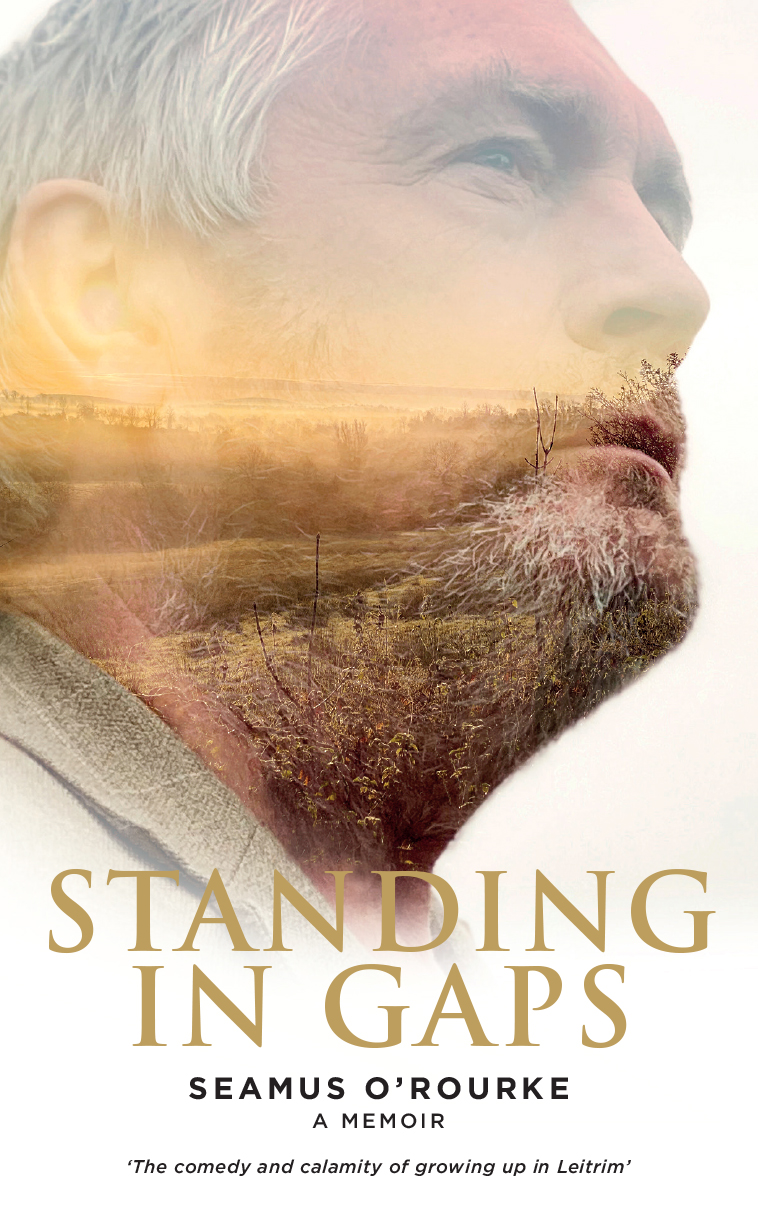 When asked if he misses the usual launch that coincides the release of a book, Seamus replies “no” in that droll way he does. Not one for lavish social events, he said a champagne launch wouldn’t suit this book about the mundane life.

He has promoted it through social media and is delighted that it is in demand in many book shops around the country. The main bulk of the book is sold on his website, you can buy a paperback, a digital copy or a CD/ audio.
While a good book is a great companion this time of year, I recommend the audio version of this book, to hear Seamus saying it in his rhyming words, his perfect timing, his accent really brings this world to life.

Standing in Gaps - the title stands out to any country child. No matter what era you have lived through, living on a farm or even close to a farm, you remember standing in gaps. And there is not much you can do while standing in the gap, but wait. Seamus says the book title is a metaphor for life “we are here for a short time and in that time we append it standing in gaps.”
Seamus said a lot of characters take centre stage in his book “I know there are characters now, but back then people were mad.”
The book is dedicated to his mother, he describes her as “strong as an ox” who “slaved away knitting, making jam, milking 14 cows and raising four children.”
When I asked him what she thought of it, he said he gave her an early draft to read and she said “there was a good big print!”- the perfect compliment. 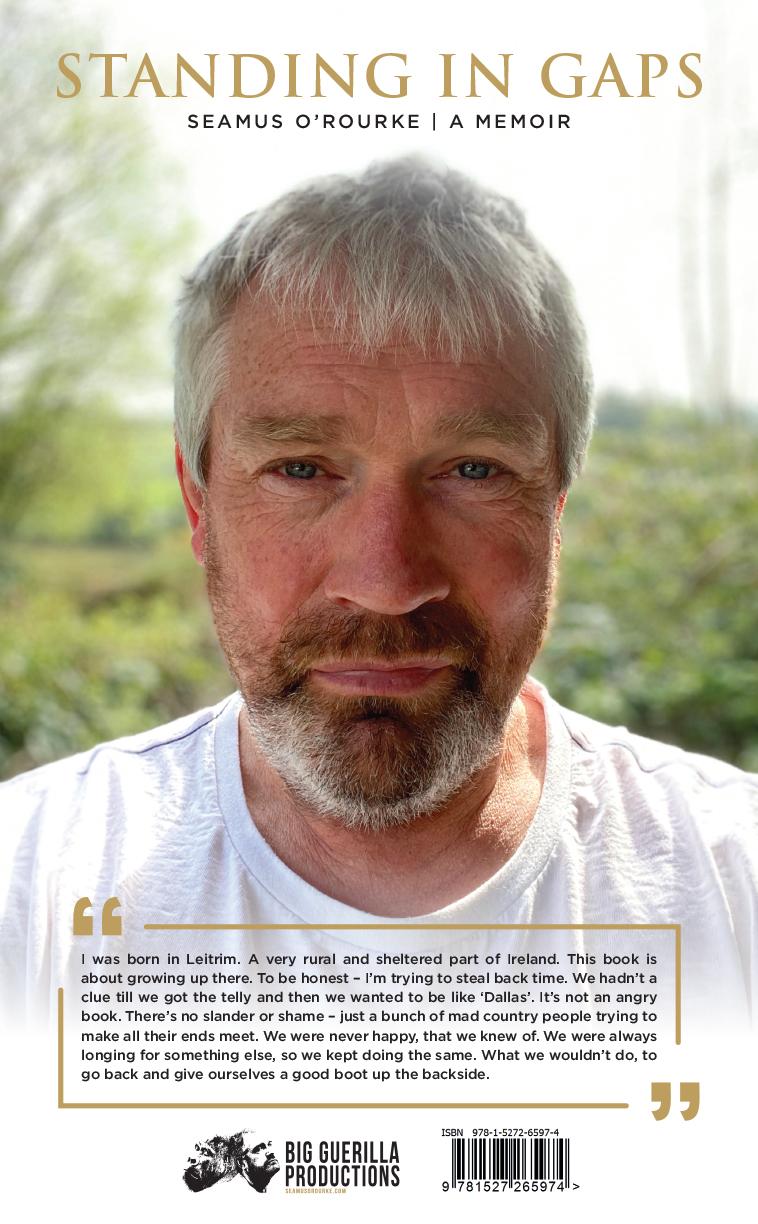 The audio book is 7.5 hours long, but is time well spent with a few cups of tea and a roaring fire or listening to while out for a walk along the whine lined lanes of Leitrim.

While his memoirs are based around Carrigallen, Drumeela and Drumshangore - the book appeals to all fans of Leitrim's famous poet, playwright, former county footballer, former carpenter, actor, author, and observer of all human life.
A great gift for someone who doesn't usually read books!
The audio book is €16 and the paperback is priced €20.

The book is available at Mulvey’s and The Reading room, Carrick-on-Shannon, in Mastersons Carrigallen, Carrigallen Post Office and Richardson's, Newtowngore
and online at www.seamusorourke.com

Also read:Road to close from Leitrim Village to Battlebridge