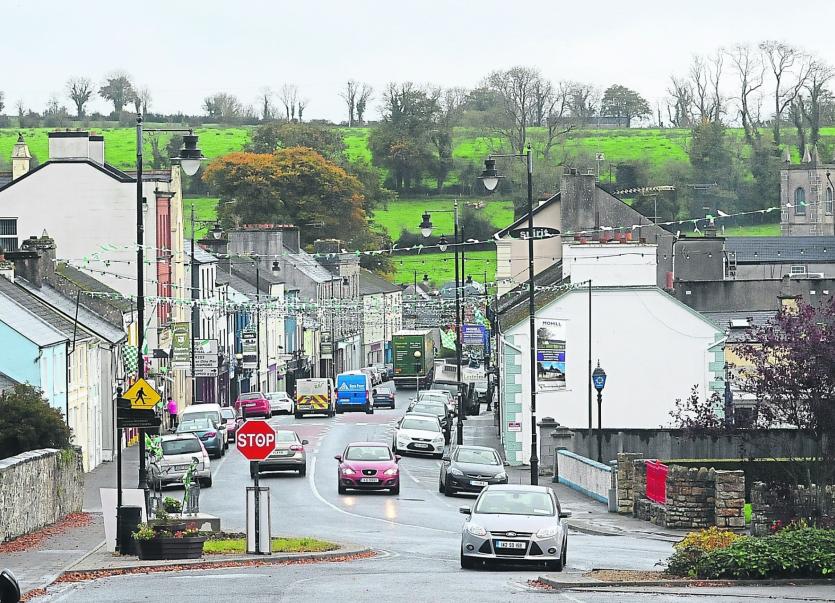 A feasibility study will be carried out by Leitrim County Council on the possibility of a roundabout on Upper Main Street, Mohill at the junction connecting St Patrick’s Church and Shannagh residential area.

Town Cllr Thomas Mulligan said he has put a lot of thought into it and believes a mini roundabout at this area would improve sightlines and contribute to calming traffic approaching Main street from the Carrick-on-Shannon Road.

He stated, at the Carrick-on-Shannon Municipal District meeting, that coming down from St Patrick’s Church is “very blind looking back towards the Carrick road.” He said if the Public Realm Works are approved the location would be “unsafe” for vehicles turning.
He noted no commercial/ artic lorries are supposed to use this road but if one happened to accidentally use it, a mini roundabout could be driven over.

Cllr Enda Stenson and Cllr Des Guckian supported the idea. Senior Engineer Darragh O’Boyle said the feasibility study will report on whether it could work, he noted this proposal is not part of the Public Realm works proposed for the town and currently under consultation.

Also read: Mohill businesses say ‘parking is key’ to the survival of the town